We received over 100 entries in the contest to suggest names for my next book—an impressive number by any measure.... 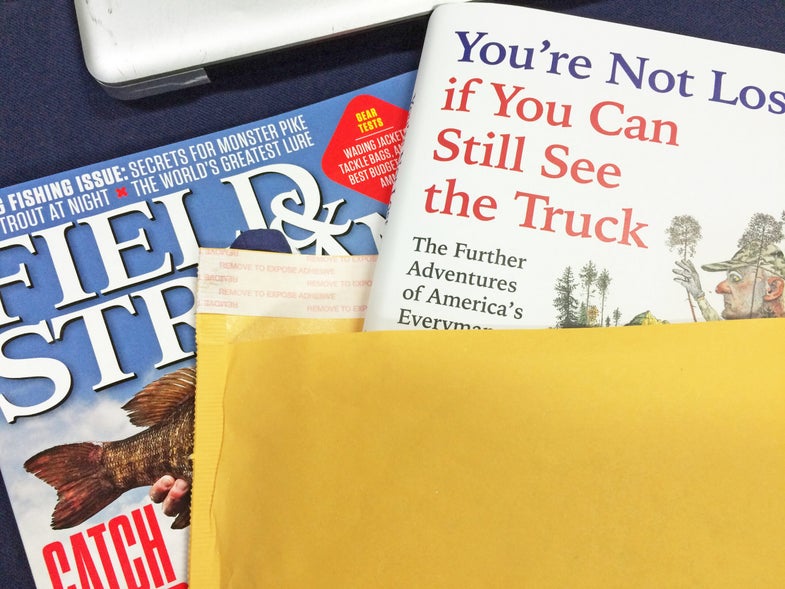 We received over 100 entries in the contest to suggest names for my next book—an impressive number by any measure. If you entered the contest, I want you to go—right this second—into the bathroom, look at yourself in the mirror, and say the following words: “As God is my witness, I will get a life.”

Which, come to think of it, would make a good title for a self-help book.

Seriously, though, if you had enough time to think up a book title for somebody like me, you are on a bullet train to a place you don’t want to go. Be that as it may, I have been informed of the three winners. In no particular order, they are:

• From from LWR: Embarrassed? I Am Just Getting Started.

My guess is that somebody liked the John Paul Jones-ness of this one, which echoes his famous, “I have not yet begun to fight!” Otherwise, I have no idea what it’s supposed to mean.

• From bankwalker: Fifty Shads [or Sheds] of Heavey: Stories You Know I Couldn’t Make Up

No clue why this was chosen. At first I thought bankwalker had misspelled Shades, but then I realized he might have meant Shads after all, which would be a pun. As would Sheds. That would be two puns. Personally, I loathe puns.

• From Amflyer: Does This Smell Like Poison Ivy to You? And Other Tales of Hilarity and Hospitalization

I’m 0 for 3. For one thing, I don’t think poison ivy has a smell. For another I have no intention of getting close enough to find out.

If you are one of the winners, you will be contacted by email for the address you’d like the book sent to. Sadly, these books have my signature in them, which means you can’t exchange them for a book you’d rather read. Super sadly, they’re being sent from New York, which is a good hike from my house. Which means that I can’t write personalized insults in them.

I encourage the rest of you to pick up a copy of You’re Not Lost If You Can Still See the Truck. If you don’t, my mother will send you a courteous but withering note.