Busted by the Universe

As the father of a 15-year-old daughter I see only every other weekend, I used to fall into the trap... 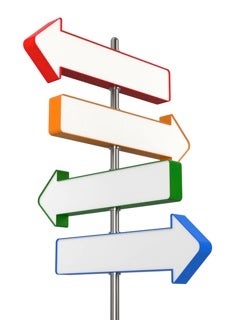 As the father of a 15-year-old daughter I see only every other weekend, I used to fall into the trap of trying to make our time together “significant.” I don’t remember exactly what I did. I do remember that it didn’t work. Significance—like happiness or an enemy fortification—rarely yields to a frontal assault. This is because it’s the byproduct of other things, like love, forbearance, and empathy.

Emma is among the world’s most devoted fans of a band called Five Seconds of Summer. Left to her own devices, she would watch videos of 5SOS—as they’re known to the faithful—all day. If I can get her outside for a bike ride or a hike, that’s a big win.

The other day, it being Halloween, I got her to agree to visit a corn maze. I have no knowledge of, or any particular interest in, corn mazes. I’ve been lost in plenty of corn fields. Paying $12 to get lost in one that had been mowed into a pattern that can only be seen from the air, such as a flower or a raven (mascot of the Baltimore football team), seemed to me like a fantastic waste of resources. But if Emma was up for it, it was a bargain.

Halfway there, Emma announced that she’d rather go for a hike. This was unexpectedly good news. We changed course for a nearby park, which was crowded with kids in Halloween costumes. There was a naturalist showing the kids two vultures, a black vulture that was very skittish and a turkey vulture that was extremely docile. “How come that one’s so calm?” I asked the guy. “It’s probably because he’s stuffed,” the fellow responded. Closer inspection revealed that the bird was indeed dead.

We went into the nature center for a trail map. The route we agreed on called for us to take a right over a bridge and then stay to the right. Emma immediately began pulling me in what I was sure was the wrong way. “It’s this way, Dad,” she said. I stopped, said I didn’t think she was right, and studied the map.

Just then, an older woman in hiking boots and a small backpack walked by. Without even breaking stride she said, “I know you don’t normally listen to her, but in this case you might want to.” She said this in a completely casual, familiar way, as if we’d known each other for some time. This was passing strange. She didn’t know me from Adam, so she had no way of knowing what I “normally” do. Equally strange was her tone. I heard no malice in it. It seemed pleasant, helpful. Weirdest of all was that she was right. Both about the specific directions—Emma was headed in the right direction—and generally. The truth is that I know that I frequently don’t listen to my daughter as carefully or seriously as I should.

I looked over to see that Emma was beaming. The woman had articulated one of her deepest feelings. As we walked up the trail, I shook my head and said, “Wow, is that woman a witch or a psychic or something? I feel like I just got totally busted by the universe.”

“You did,” Emma said happily. We went for our hike. Along the way, we decided we would have the words printed up on tee shirts for both of us to wear and commemorate the moment. “I know you don’t normally listen to her, but in this case you might want to.”

It was a good weekend. The universe is a deeply mysterious piece of real estate. And sometimes those mysteries are wonderful things.