Deep Thoughts on What a Deer Smells and Sees

If you want to sprain your brain, try imagining what it must be like to apprehend the world around you... 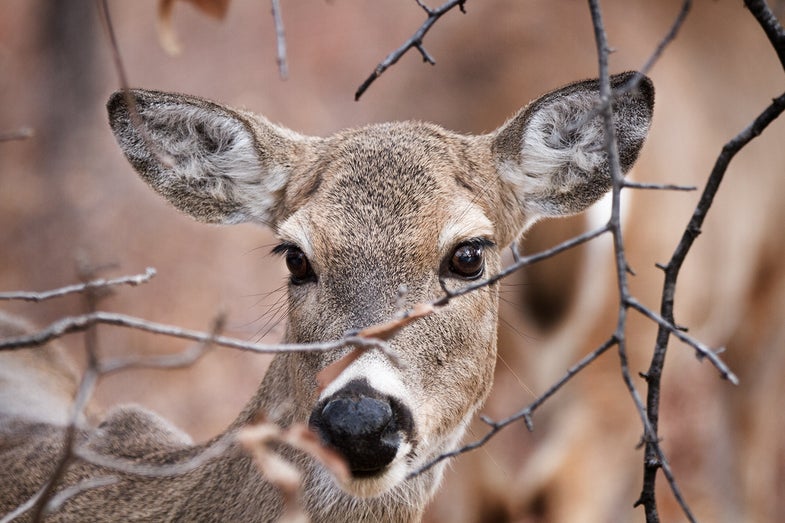 If you want to sprain your brain, try imagining what it must be like to apprehend the world around you primarily through your nose, the way deer do. The weakest and most atrophied of human senses is their most acute.

Picture deer on vacation. They visit the Grand Canyon: “Will you smell that view?” They go to Disneyland: “I’m a little disappointed in Space Mountain. We’ve got farts at home.” Or the boardwalk at Ocean City, Md.: “I don’t know what taffy, suntan oil, and hotdogs mixed together taste like. I just know I gotta have some!”

We know a little more about deer vision and have an easier time making sense of it. Mostly because we’re such visual creatures ourselves. But we still don’t really know much about what or how deer see. Sure, we all know the rods and cones deal, which I have read about a million times and still get switched around. We also know they basically have 20/40 vision. They can’t resolve detail. Which is why you have never seen even a trail cam shot of a deer carrying reading material. And they have very poor depth perception. What hunter hasn’t chuckled at seeing a deer step into what looks like a shallow part of a stream, only to plunge in up to his antlers?

When it comes to color, deer see blue and UV spectrum even better than we thought. A recent study found that they see blue about 20 times as acutely as we do. I’m not entirely sure what this means. That your blue jeans look really, really blue? And it’s apparently more or less the same deal with UV, although at this point the article got kind of scientific and lost me entirely. The takeaway was this: Blue and UV light are the two kinds that predominate at dawn and dusk. So when deer are most active, their vision is most acute.

Apparently the whole no-brightening-agents-in-your-laundry-detergent thing is real. According to one scientist, that stuff absorbs light in the UV spectrum and re-emits it in the in the blue region. I don’t understand all of this, but I think it makes you glow. Or at least puts a slight blue silhouette around you. Which can’t be good.

I sometimes think it’s a wonder we ever kill deer at all at close range. But I expect to have much more scientific excuses this year. That’s something.