End of the Road: Saying Goodbye to a Faithful Car

There’s a sweet spot with an old car—which can only be seen in retrospect—when you’ve squeezed all the miles out... 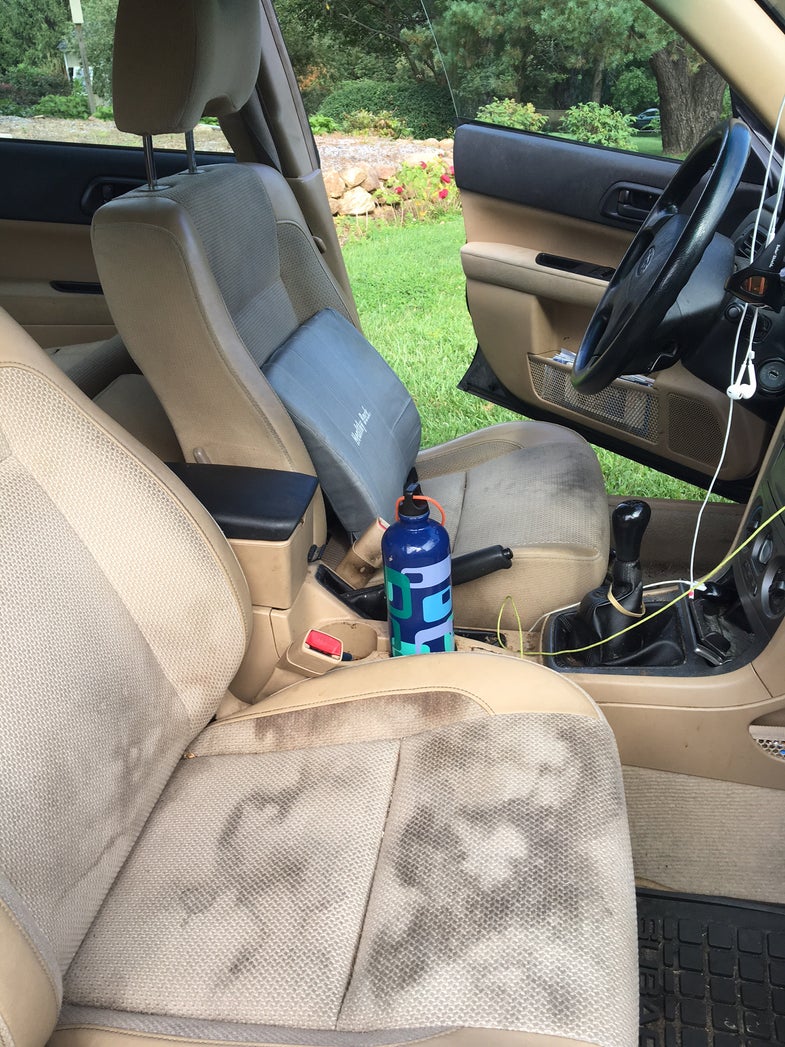 There’s a sweet spot with an old car—which can only be seen in retrospect—when you’ve squeezed all the miles out of her you can before she starts costing you more than she’s worth. My car passed that point about two years ago. So, with immense regret, I’m selling my 2003 Subaru Forester. As you can see from the photos, it has been meticulously maintained. Above, for example, is a shot of the interior.

Below you see the spacious cargo hold, which in its time has transported many deer, fishing rods, a lot of camping and canoe gear, children with their juice boxes and Goldfish crackers, and groceries. It is filled with the complement of ropes and straps I carry at all times. You never know what treasures you might find along the side of the road.

As you can see, the car is not really a SUBARU, but a SUBA U, a rare—and highly collectible—variant. In fact, I think I have the only one.

It also features the “distressed” roof racks that have become wildly popular in the past 72 hours. (You didn’t know about those? Yeah, apparently it’s a thing now.)

The SUBA U only has 193,405 miles on it. (The trip odometer stopped working 6,021 miles ago. I’ve pushed that little reset pin a million times and it just won’t respond.) Also, that rear-window windshield wiper? It hasn’t worked in six years. I could have spent a couple hundred on a new motor but didn’t because I knew that one would fail eventually, just like the first one did. Besides, people got along fine without them when I was a kid.

The car still runs great. It just smells of burned oil, leaks impressive volumes of both oil and coolant and has iffy brakes, and the headlamp lenses are so old and cloudy that they need cataract surgery.

Also, my mom refuses to ride in it.

Actually, that could be the one downside of getting a new car.