I woke yesterday morning to the realization that it was Independence Day and that there was no bracket from which... 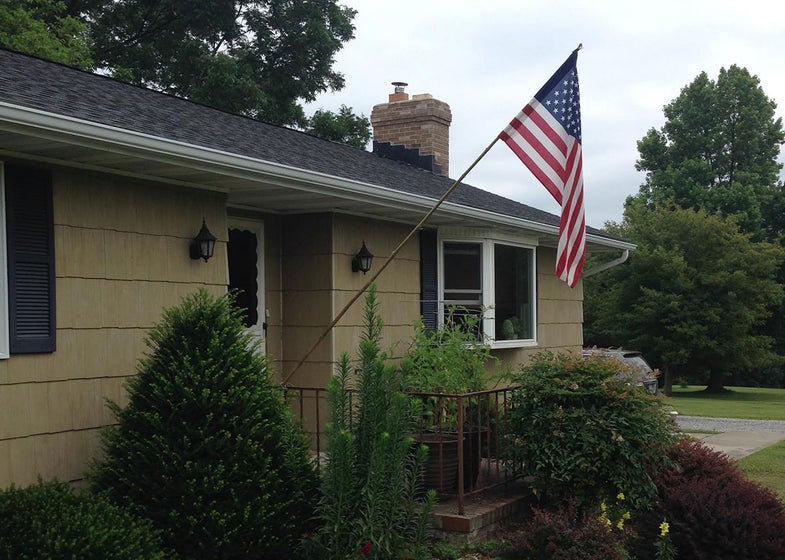 I woke yesterday morning to the realization that it was Independence Day and that there was no bracket from which to display the flag on our rental house.

1) No open hardware store within 20 miles.

2) I am the descendent of four generations of career military, all of whom – as near as I can tell – saw combat.

3) Less than one percent of the population puts their lives on the line for the rest of us as soldiers, sailors, airmen, and Marines. And the lack of recognition, respect, and support they receive from their country is disgraceful.

Given these facts, flying the flag was mandatory, flag bracket or not. I knew that display was nothing more than a gesture. It would not address the above facts in a meaningful way. It therefore fell into the “necessary but not sufficient” category of gestures. In short, it was not optional.

The military has any number of noble sayings. “Death Before Dishonor.” “Duty, Honor, Country.” “Leave no man behind.” The one that has always seemed the most useful and quintessentially American is: “If it looks stupid but it works, it’s not stupid.”

I kept that one in mind as I tackled how to display the flag. First, I took stock of materials at hand. I have a 20-foot piece of bamboo I’d cut to retrieve Frisbees, kites, and small children from trees. I make it a point to keep about 1,000 yards of Gorilla tape on hand at all times. And an equal amount of rope, from paracord to ¾-inch nylon braid. With the stick, string, and tape, a motivated man – especially an experienced outdoor content provider – could easily construct a superconducting supercollider.

I removed the flag from its short pole and threaded its sleeve over the tip of the bamboo. I secured it to the pole with narrow strips of Gorilla tape. I shoved the opposite end of the bamboo into front flower bed and braced it against the house at a jaunty 45-degree angle. Then I lashed it to the front porch railing.

As I admired my handiwork, I recalled John Adams’ view that the 4th “…ought to be celebrated by pomp and parade, with shows, games, sports, guns, bells, bonfires, and illuminations from one end of this continent to the other…”

I felt like I was off to a good start. Happy Birthday, America.