A recent news item told how the TSA missed 95 percent of mock weapons and explosives smuggled through by undercover... 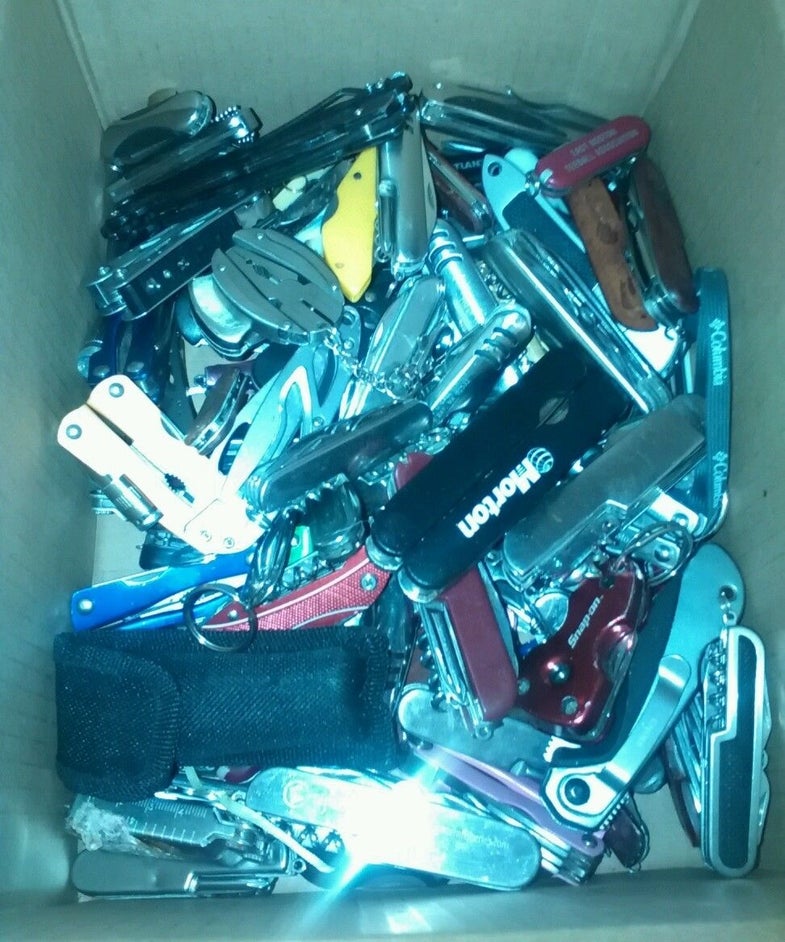 A recent news item told how the TSA missed 95 percent of mock weapons and explosives smuggled through by undercover agents. Okay, first off, that’s misleading. It makes you think that 100 attempts were made and 95 of them went undetected. The reality is that only 70 attempts were made and 67 of those were successful. Which is totally different. Because 67 out of 70 only works out to—okay, now I get it—95.7142857 percent. So it would actually be 96 percent if you were rounding to the nearest percent. Either that or there’s something wrong with my phone.

I’ll tell you this. It must be easier to get a fake bomb aboard than a knife. Because the TSA success rate on detecting knives that I have—unwittingly—attempted to smuggle through is damn near perfect. They’ve relieved me of some very nice blades over the years, as well a Leatherman or two.

Do you know what they do with those knives? I’m betting a fair number of the better ones get “lost.” The rest are given to individual states, which then sell them in lots to individuals (who often re-sell them) or put them on eBay. I’ve been trolling the latter, looking for the yellow-handled Benchmade Mini Griptilian the TSA took off me a while back. I loved that knife. And that yellow handle made it easy to find. It’s not on there.

What is on eBay is an impressive collection of junk knives. Which are mostly sold in lots of 10, 25, sometimes 100. States and dealers don’t put a lot of resources into the marketing of these confiscated knives. Whoever posts them just dumps a bunch of knives in a box or something, takes one photo, and posts that. It’s basically impossible to know what you’re buying.

So you’ve got three layers of incompetence or indifference between you and your lost blade—the TSA, state governments, and the guys who buy and sell the knives hoping to turn a buck. That’s three entities that have a chance to skim off the good stuff before we, the original owners of the knives, even get a look at whatever’s left. No wonder all we see is junk.

I’d love to talk to one of those undercover guys who got stuff past the screeners. They’re the only competent people in this story.