Going to the Convention? Leave Your Stuff at Home

From July 18 to 21, Cleveland will be hosting the war games popularly known as the Republican National Convention. A... 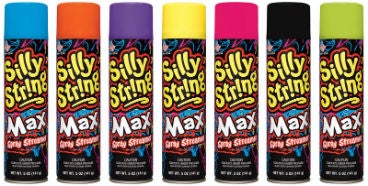 From July 18 to 21, Cleveland will be hosting the war games popularly known as the Republican National Convention. A photographer friend who is shooting the event (I have suggested he avoid all forms of the word shoot in describing his work once he’s there) recently forwarded a list of items banned inside the “event zone.” The 27-item list is instructive. It points to the fact that we as a people are, collectively, scared to death and losing our minds.

I feel like they wrote this list with me in mind. You can’t bring a grappling hook, for example. No sledge hammers or crowbars, even if you’re attempting to persuade an undecided superdelegate to make up his mind. You can’t show up with lasers, ladders, or lumber “larger than 2 inches in width and ¼ inch thick, including supports for signs.” If your sign won’t stay up with a 1-inch stick, it’s probably too big anyway.

“Instrumentality”? Wow, think maybe there’s a lawyer in the house?

Okay, back to cestus. I’d love to meet the person who sat in on the meeting where this list was cooked up, raised a hand, and said, “You forget to include cestus.” The word has two definitions. The first is “a girdle or belt, especially as worn by women of ancient Greece.” The second is from Roman times, when it referred to “a hand covering made of leather strips and often covered with metal studs, worn by boxers.” I think they’re referring to the second, but with Megyn Kelly around, you never know.

You can’t have squirt guns or “water cannons.” No fireworks. Leave your drone or “other unmanned aircraft systems” at home. Damn.

Other items are baffling. No tennis balls. No backpack or bag exceeding 18x13x7. This is interesting in that airline carry-on restrictions are capped at 45 linear inches—such as 22x14x9—while these are 38 linear inches, as if to show the world that the RNC is tougher than Delta Airlines.

No “containers of bodily fluids.” (Personally, I always carry a small balloon filled with my own urine when conducting business with rental car agents, realtors, and this one Starbucks barista who bristles when I order a “medium coffee.” It’s not that I’m expecting to use it. I just like knowing it’s there.)

You can’t bring in a light bulb. Or an umbrella with a metal tip. Or a gas mask. Or “ceramic vessels, and any other frangible container, regardless of whether the containers holds any substance.”

As you can see, they tried to think of everything. But nowhere do I see specific mention of aircraft carriers, nuclear submarines, or Silly String. Long story short, things could still get pretty lively.