Hold On to Your Hat!

I have just survived the hardest hunt of my life, four and a half days of chasing elk in the... 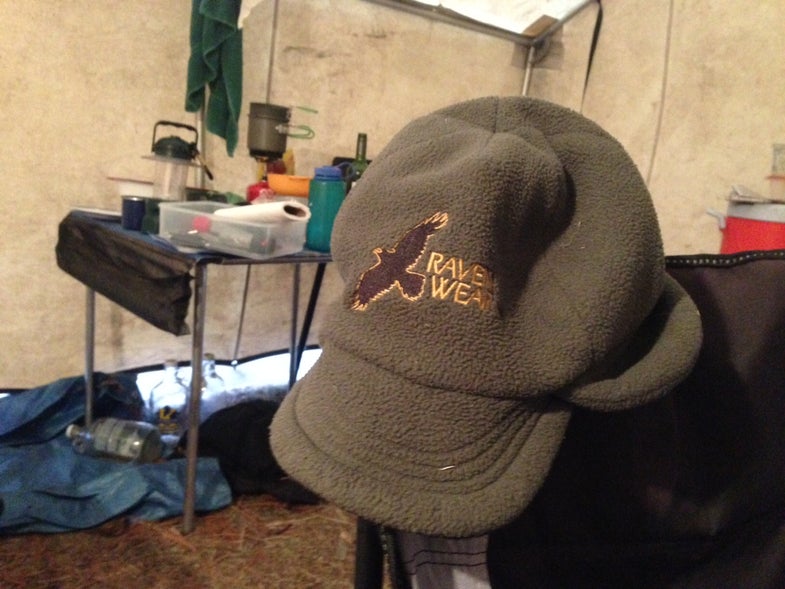 I have just survived the hardest hunt of my life, four and a half days of chasing elk in the Swan Range east of Missoula, Montana. I’ve never been more tired or sore. I was hunting with guys who were all at least 20 years younger than me and longtime elk fanatics. Guys like that aren’t just in better shape than the rest of us. It’s almost like they’re a different species. They walk fast all day long and don’t particularly care where as long as it’s up. The steeper the better. They look at a pass 5 miles away and 3,000 feet higher and say, “That looks elky.” At any moment what they are hoping for beyond all other things is to add 120 or 130 pounds of meat to their packs, hike back to the trailhead, turn around, and hike back up and down by headlamp carrying another 120 or 130 pounds.

Some nights, they said, after apologizing for getting into my sleeping bag at 7:30, I would fall asleep in mid-sentence.

Temperature regulation was the name of the game in keeping up with them—or at least trying not to slow them down any more than I had to. I was constantly adding and removing layers. Get too cold and you’re not just uncomfortable. Your legs become stiff and less pliable. Get too warm and—even with the best moisture-wicking fabrics—you sweat. In the mountains, sweat eventually turns you into a popsicle, which is something best avoided.

All of which brings me to what quickly became my most crucial piece of gear, the goofy looking hat pictured above in a wall tent. The fastest way for me to regulate my body temperature was by donning or removing this most Fudd-like of hats. It’s made by Raven Wear, a Canadian outfit, and is the warmest headgear I’ve ever owned. The hat was either on my head or in my hand all day. I had to hold it because my available pockets (front wool-shirt pockets, the ridiculously small side leg pockets on my otherwise excellent Filson wool pants) were simply too small. My backpack required that I stop and undo four different buckles to get to it. So I carried the thing in my hand, all the while wishing I had a good-size safety pin so I could attach it to my shirt. The safety pin is a much underappreciated bit of technology, as useful as any carabiner.

I even wore the hat in my sleeping bag at night. The bag is rated to zero, but I’m starting to think they just pick those numbers out of a hat.

There was a moment when my hunting partner and I ran into a father and son on the same mountain and stopped to compare sightings. Five minutes later, I realized I had no hat on my head and two empty hands. “I gotta go back, man,” I said. I retraced my steps, retraced them again. I was pretty sure I’d had the hat when we spoke to the father and son. I wished it were blaze orange instead of forest green. I had another hat. I even had three different thicknesses of balaclavas. But none of them had the thermal knockdown power of that hat. I was fighting mild feelings of panic. Then I tried a path I was pretty sure we hadn’t taken but that was parallel to the one I thought we had. And five minutes later I found my hat lying on the frozen ground next to a pothole pond.

Thereafter, I vowed never to entrust it to my fingers alone when I wasn’t wearing it. Every time I took it off, I put it between my first two under layers, both of which were firmly tucked into my pants. It looked weird, as if I’d eaten a whole squirrel that I hadn’t been able to digest it. But it kept my hat safe. Which was all I cared about.