On the way back from getting the mail yesterday, I noticed some small downed limbs and picked them up to... 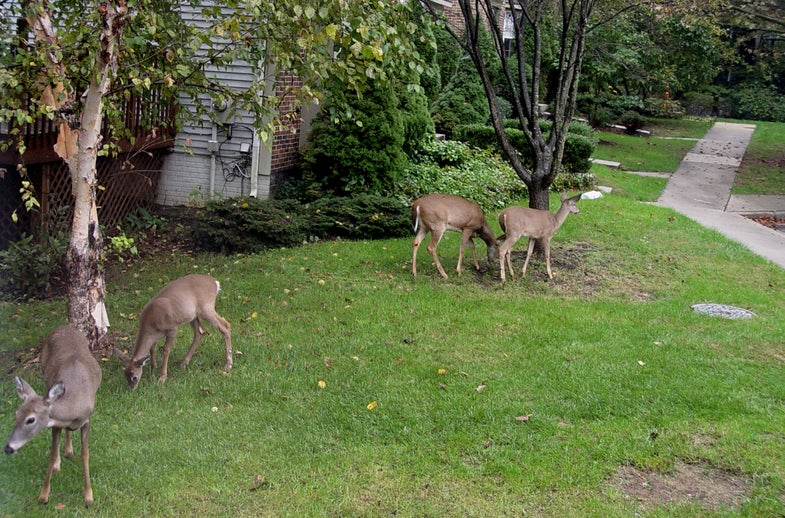 On the way back from getting the mail yesterday, I noticed some small downed limbs and picked them up to pitch them into the woods. Right in my lawn at the edge of the woods, I found three scrapes. Big ones. One with a licking branch. No, they weren’t smokin’ hot. In fact they were flat and sort of shiny, like the dirt had had time to regroup and put on its best face. But they were scrapes, which meant they were made by deer. Which meant deer had been there recently, might be back soon, and—for all I knew—might be bedded not many yards from where I was standing at that moment.

Normally, this would have been the cause of great joy, gratitude, and an immediate rearrangement of priorities. Instead, it’s killing me.

The problem is that I lead a charmed life. I’ve just returned from a hunt in Kansas. In fact, my well-Gorilla-taped roller bag full of dirty Kansas clothes is still in the garage. (The garage is a kind of no-man’s-land for stuff you don’t want to face. It’s not outside the house but it’s not inside the house, either.) Thing is, pretty soon I’m going to either have to wash those duds or repack them dirty, because tomorrow I get on a big silver bird to fly to Montana for—yes—another hunt. Between now and then I also have to check back into my life—you know, pay the more pressing bills, refill prescriptions, trim some of the prominent hair protruding from my ears and nose, and try to remember the names of my wife and children.

All of which means that in the middle of the rut I don’t have time to hunt the deer on my own property.

Look, I’m not saying I’d have the least sympathy for somebody else in my position. You’re bummed that you can’t go hunting because you’re too busy hunting? Wow, that’s truly sad. I’m gonna put up a Kickstarter page for you and see if we can’t raise enough money to get you deported or something.

I get it. It’s ridiculous. But these are home deer, not adventure deer. There’s something about that that makes them different. Far-off-expedition deer are great in their own way. But there’s something about local deer. Something hard to put into words. They’re the ones that ground you, that connect you to where you are. They’re not monsters. There might not even be a buck among them, let alone a mature one, let alone one with good antlers. But that’s not the point. At this particular moment, there may well be one of my deer within 100 yards of where I’m typing this. And I can’t do a damn thing about it.