How to Lace Your Boots: The Madness Continues 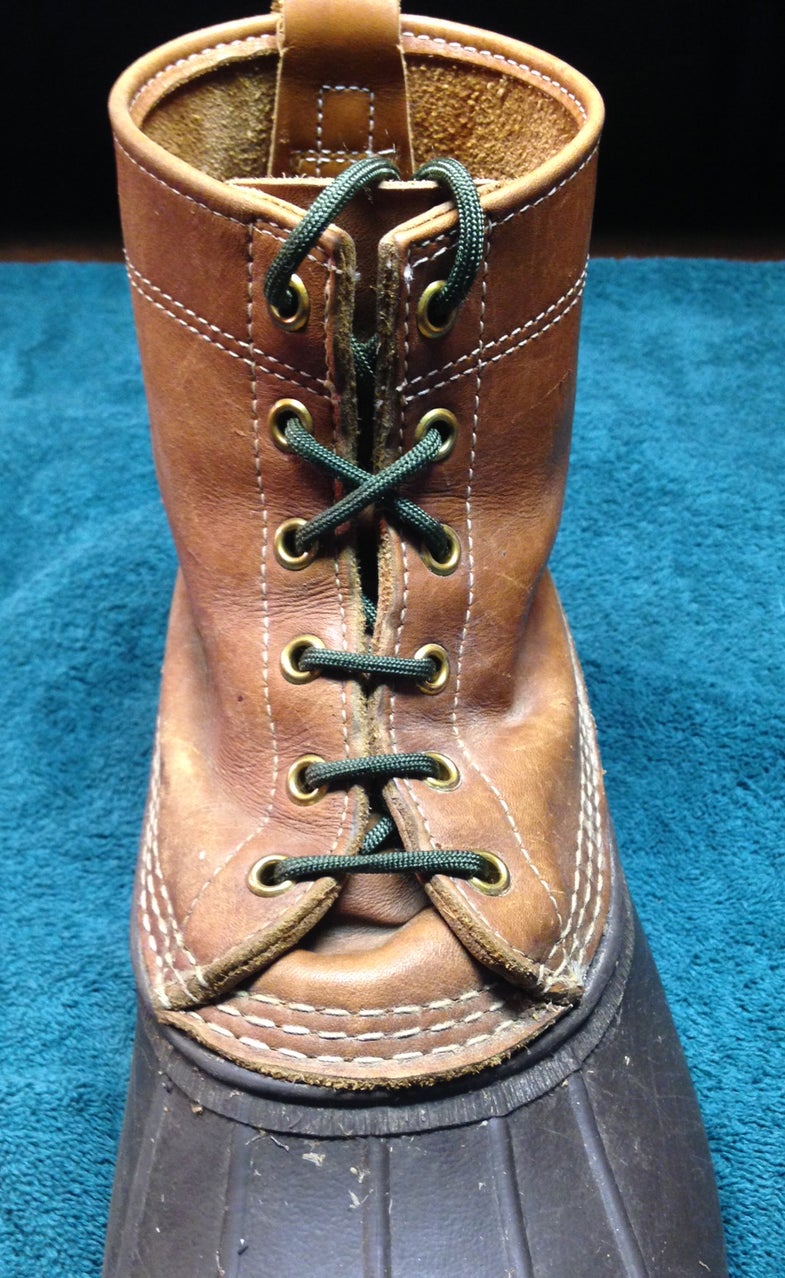 Tuesday’s blog about shoe lacing techniques drew few comments. The beatings will continue until morale improves. Again, Ian’s Shoelace Site is a wealth of shoelace-tying information, much of which is heart-poundingly exciting.

• CIA Lacing. Here’s an interesting little tidbit. During the Cold War, CIA officers were taught seven methods of covert signaling with their shoelaces, as detailed in the manual Recognition Signals by a magician named John Mullholland in 1953. I’m not making this up. These relied on one or more “visible X” patterns, in which the X or X’s were set above, below, or between “straight segments” of lacing. So you could have a bottom X, three visible X’s, two visible X’s close together, two visible X’s separated by straight laces, etc. These patterns had no particular significance and presumably could be changed for particular missions. The photo above shows variation 3, “high visible X above three straight segments.” In my personal case, this shoelace arrangement would have been code for “I really think I need to join an elite spy agency that doesn’t use shoelace signals.”

• Double-Helix Lacing (below, left). Okay, pay close attention, because we are entering Shoelace Madness Country. How crazy? This method was actually patented by a guy named Monte Fisher. Note that the laces are angled one way on the outside and the other way beneath. “The idea is that there is less friction between the laces and the edges of the shoe flaps, plus negligible contact between overlapping laces, reducing friction even further,” says Ian Fieggen. In theory, this makes for faster and easier lacing.

• Zipper Lacing (below, right). This is another crazy-uncle method, which has the advantage of “locking” the laces at each pair of eyelets. It is said to resemble a “giant zipper,” which it probably does in giant shoes. Why would you want to tie your laces this way? To pass time in prison. Also, according to Mr. Fieggen, it addresses the huge and tragic problem of keeping the lower sections of your laces tight while working on the upper ones. Because you’re basically tying a half-knot at each eyelet, this vexation is avoided. This makes it a great lacing for ice skates, climbing boots, or any shoes that are currently too comfortable.