How to Put an Exercise Ball Up Your Butt

I just took one of those online “guess your mental age” tests. I aced it. My results showed the maturity... 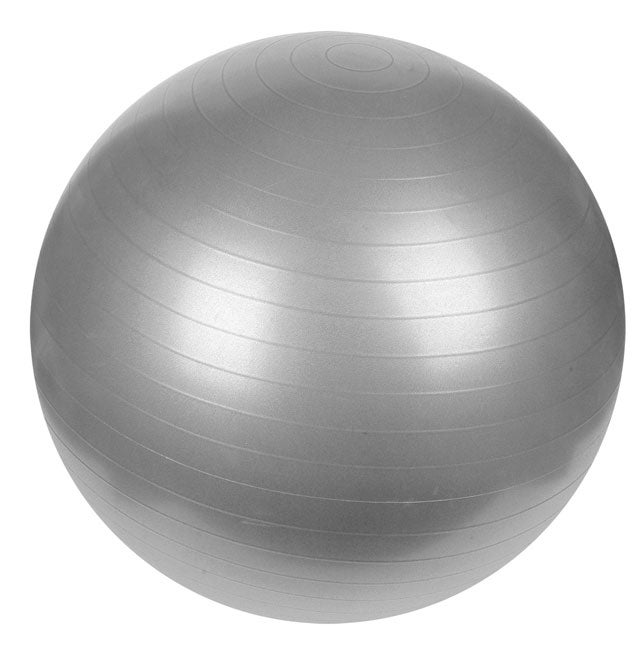 I just took one of those online “guess your mental age” tests. I aced it. My results showed the maturity of an 18 year old, which is about five years above what Michelle thinks. Too bad my body isn’t eligible for the test.

The takeaway: You can defeat maturity. You can’t defeat time.

So what do you do if you just turned 59, hunt from a climbing treestand, often need to hoist a canoe by yourself to go fishing, and know that it’s just a matter of time before you’ll have to drag a 180-class buck out of the woods?

Two things: (1) Spend a fair amount of time in the gym, and (2) go to physical therapy to cope with whatever parts of your body aren’t 18 anymore. For me, like many guys, it’s my lower back.
The first time I saw my physical therapist, Brian, he said my back pain was due to a lack of mobility in my spine, which was a function of a lack of mobility in my hips. So I guess that old song, (“Dem Bones,” as it’s known) about the hipbone being connected to the backbone is right. (Incidentally, it turns out that osteoarthritis in the hips is much lower in countries where they squat to defecate than it is here. I’m not saying you should tear out your toilet, but it sort of makes sense.)

Brian did say that I was reasonably strong for my age. “But strength without mobility is like a car without a steering wheel” he explained. “It’s not all that useful. You need to stretch as much as you lift. And you need to strengthen the muscles that affect your hip.” These muscles, he went on, are located deep inside the pelvic region, and the only way to get to them was to do the exercises he would show me.

Then he showed me, and I realized that they might not be the most flattering of movements a guy can do at the gym. One involves lying on your back, gripping a big exercise ball between your knees, and slowly curling upward at both ends using your abdominals, until the soles of your feet are facing the ceiling. Then you slowly uncurl and do it again for three sets of 30.

I look for all the world like a man bent on shoving a exercise ball up his own butt, failing, and then trying again. And again. And again. I know this because I recently glimpsed myself doing this exercise in the mirrored wall by the stretching area.

I don’t really care how it looks, which, possibly, is one of the gifts of age. If these exercises lengthen my days afield, I’m fine with somebody one day asking if I ever succeeded in getting that ball up my butt. “Not yet,” I’ll answer. “But I’m still trying.”