How to Take a Child Fishing

When my stepson Cole, 8, expressed a desire to go fishing yesterday, I jumped on it. First, however, I reviewed... 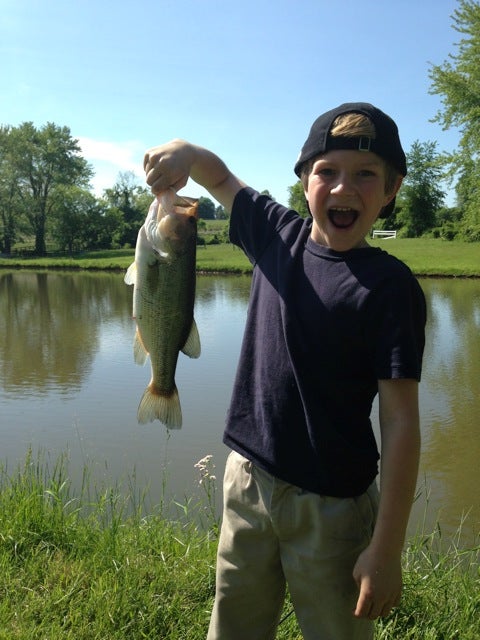 When my stepson Cole, 8, expressed a desire to go fishing yesterday, I jumped on it. First, however, I reviewed the painful truths I’ve learned about these undertakings. I call them The Principles of Taking a Child Fishing:

• It’s about the child’s experience, not yours. You might get to fish and you might not. What matters is that the child enjoys it.

• The child gets to choose the bait he wants to throw, however inappropriate. The child selects a ¾-ounce spinnerbait the size of a frisbee to use on a bluegill pond? Great choice!

• The child rigs the bait to his satisfaction. If he wants to rig a pumpkin Senko, a Berkley Chigger Craw, and a Zoom Salty Super Fluke in bubblegum pink all on one hook, so he’s throwing a wad the size of your fist and containing $4 worth of stuff that will fall off on the second cast? Great idea!

• When the child wishes to leave, the trip is over, whether you’ve been there for five minutes or three hours.

We asked for permission at two nearby ponds and got it on the second. Sort of. The only person around was a woman who rents a small cottage with peeling paint and unmowed grass on a horse-and-cattle operation. She said she’d seen other people fishing there and had never heard the owners complain. The implication was, “You didn’t hear this from me, but I’m pretty sure it’s okay.” By the Code of Hammurabi, we could have been executed for fishing this pond. But Cole so rarely wants to fish that I decided it was worth the risk.

He started out with a Zoom Speed Craw. His first two casts landed 15 feet behind him. “Try letting go of the trigger later,” I suggested. His casting motion is a cross between swinging a baseball bat and whipping his older brother with a switch. But he did finally hit the water, whereupon he reeled in so quickly that he was fishing a topwater craw. “That’s the ticket,” I told him.

After casting like this three times, he announced that he wanted a plastic worm. I rigged a Senko for him, which was all I’d brought in that department. After two casts, he said, “This thing is way too long.” I bit a third of it off, which surprised him. “Aren’t you gonna get sick?” he asked. Not at all, I said, and gave him a small piece to taste. He licked it. “Wow! Salty!” he said.

I could feel my desire to instruct coming on, so I went around a big bush where I couldn’t see what he was doing. I cast my own Senko a couple of times. A couple of bluegill pecks, but nothing else. After two minutes, I heard Cole call, “It’s still too long!” from his side of the bushes. “Well, you know what to do,” I replied. “Just bite some off.”

Three minutes later, Cole started shouting. I ran over to find him playing a 3-pound largemouth. He was trying to pull and reel at the same time. “Just let him be for a bit. He’ll tire himself out,” I said. At last Cole brought the fish in. I grabbed the line, thumbed the fish, and got the hook out. Cole had bitten the Senko down to 2 inches and had run his hook through one end of the stub. This was true to everything I know about fishing in two ways: It made no sense whatsoever, and it had worked.

“That’s a monster!” I said. “That’s probably the biggest fish in here. And you caught it!” We fist-bumped and I snapped pictures. He looked proud and excited. Then we released the fish. I was just retying his hook when Cole said, “I want to go home.”

I was stunned. He’d just caught a big fish and wanted to leave? At 8, if I caught a fish like that you’d have needed a cattle prod to get me to go. But Cole wanted to leave. So we climbed over the fence and drove home.

Just now, I found Cole playing Terraria with a friend upstairs. “Whoa!” Cole was saying. “My character just threw his Deathbringer Pickaxe into a poke hole!” I waited until he’d calmed down a bit and then tapped him on the shoulder. “Dude, wanna go fishing later? After your friend leaves.”

“Sure,” he said, then disappeared back into the game. So maybe it’s working. I’ll keep you posted.