Normally, I don’t pay too much attention to life on this planet, let alone the other ones. But while conducting... 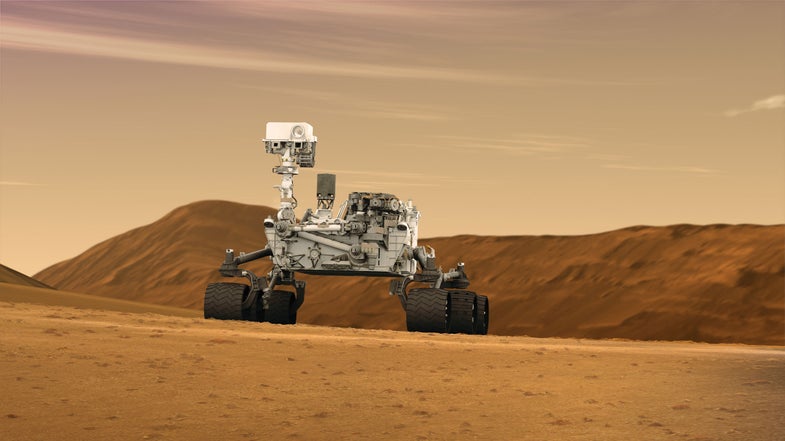 Normally, I don’t pay too much attention to life on this planet, let alone the other ones. But while conducting research in the bathroom the other day, I learned that the Curiosity rover — that little ATV we sent out there in 2011 — has turned up stronger evidence than ever before that there may have been life on Mars at some point.

Why? Because for chemical compounds to get motivated enough to turn themselves into living things, you need, among other things, standing water. And it has to be around for millions and millions of years. Curiosity has just turned up evidence that there were lakes and rivers for — guess what? — millions of years in a place called the Gale crater. Incidentally, I think it’s so cool that they named a ditch after Gale Sayres, whose records include most touchdowns in a rookie season (22 in 1965), most touchdowns in a game (6, tied with a couple of other guys), and highest career kickoff return average (30.56 yards).

Hang on. My research department informs me the crater was actually named after Walter Frederick Gale, an amateur astronomer in Australia who observed Mars in the 1800s. Seriously? What kind of numbers did he put up?

Anyway, there is at least one scientist who believes that for its first billion years, Mars was quite similar to earth — except with better cable TV — and could have supported life. What’s more, another scientist is quoted as saying “What I get excited about is imagining a Mars 3.5 to 4 billion years ago, a planet with a thick atmosphere, maybe a blue sky with puffy clouds and mountains and lakes and rivers.”

Why bring all this up, you ask? Well, it could explain a bunch of things about David E. Petzal.