I like to put off Christmas shopping until the last minute because then I don’t have time to agonize over... 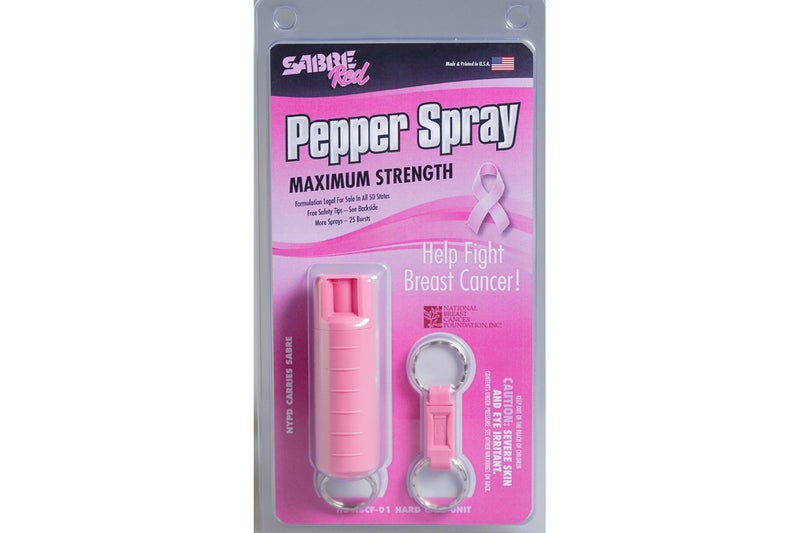 I like to put off Christmas shopping until the last minute because then I don’t have time to agonize over what to get people. If you’re female, you get pepper spray. If you’re male, you get a rechargeable spotlight. Boom. Done.

And just like everybody else, I order each with the click of a mouse at Amazon, the WalMart of the Internet. (By the time you read this, Amazon will probably have swallowed WalMart whole in its drive for global domination. Pretty soon we will be one nation, indivisible, with free shipping and next-day delivery for a small additional fee.)

I’m leaning towards Tandem Pink Sport Pepper Spray by Sabre for $9.99. The same company also makes Bear Attack Deterrent spray, but it’s a much bigger can and proportionately more money. (I’m ignoring the “Customers Who Bought This Item Also Bought” stuff. Mainly because one of those products is the pink VIPERTEK VTS 19,000,000 volt stun gun, and I don’t want my mom or sister to have that at hand if they don’t like pink pepper spray.)

The Sabre brand, we’re told on the package, is the overwhelming choice of police forces. That’s good. If the cops are using it, it probably works. The can is pink, naturally, and comes with a quick-release key ring, also pink. That is what makes it “tandem,” as near as I can tell. And a portion of every purchase goes to the National Breast Cancer Foundation.

It’s not so surprising that the product gets a respectable 4.4 out of 5 stars so much as that 1,174 people have weighed in. You won’t find those kinds of numbers when looking at the reviews for a G-Lock Worm Hook at Cabela’s or Bass Pro Shops. And a whopping 105 questions about the product have been answered.

My favorite: Can this product be shipped to Santiago, Chile?

Answer: Yes, if you buy from knifenirvana. We do ship international.

Merry Christmas and remember to stand upwind when testing.