Demolition Ranch’s own Bugs Bunny Who’d have thought Bugs Bunny knew so much about shotguns? Remember those ’toons where Elmer... 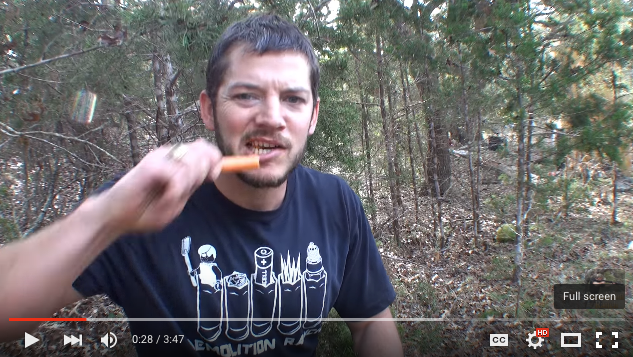 Who’d have thought Bugs Bunny knew so much about shotguns?

Remember those ’toons where Elmer Fudd (“Be vewy, vewy quiet! I’m huntin’ wabbits!”) is chasing Bugs and the rabbit calmly inserts a carrot into the muzzle, Elmer pulls the trigger, and the gun blows up? I think I remember seeing that, although after spending way too much time on YouTube, I haven’t found it.

Major digression: The cartoon is, of course, the source of the term Fudd. But does anyone actually know what the word means? It seems mutable. It can be a compliment or an insult, a good thing or bad. If one hunter says it to another, that’s fine. If a nonhunter applies it to you, it’s usually taken as an insult. Which raises an interesting question: Could Fudd be hunting’s version of queer, or the actual word meant by the N word? A benign term if used among members of the group it descibes, but offensive if not? (For a great explanation of why the comedian Louis CK finds “the N word” as offensive as the term it replaces, click here.

Anyway, a guy with an outfit called Demolition Ranch decided to test the Bugs Bunny theory, which you can see here:

He jams a carrot into what looks like a Mossberg 500, puts the thing on a sled, and loads it with a high-brass #4 shell. He backs up to a safe distance and pulls a string tied to the trigger. One more thing: For some reason, he also puts a supermarket turkey on a cinder block a foot in front of the barrel and asks, “Think the barrel’s going to win or the turkey’s going to win?” It’s hard to see how the turkey could win. The turkey is already dead. It’s not like it’s going to come back to life if the barrel explodes.

Anyway, the guy backs up and pulls the string, and the gun goes boom. And the barrel explodes! A bulge in the muzzle opens up like flower petals. I was surprised. I’d have bet on the barrel.

I’d like to analyze this. But I’m totally unqualified because I was an English major and this situation probably involves physics: gas expansion and pressures, the properties of barrel steels, the effects of solar storms and the moons of Jupiter for all I know. So I’ll limit my remarks. On the one hand, he did jam the carrot in there pretty good. On the other, a carrot is mostly water and not all that substantial. Certainly not as solid as a parsnip, winter squash, or DEP’s heart.

But the gun blew up anyway. Even the regular watchers who commented seemed surprised.

• BattousaiNaruto wrote: “I thought the carrot wouldn’t have been hard enough to not easily be dislodged by back pressure, I was surprised the barrel split. ”

• United gray wrote: “This was only a Mosssberg 500 with a relatively thin-walled barrel. I’d be curious to see how a thick-walled 590A1 would have fared. My guess is the result would be similar, but who knows. ”

• Card shooting gamer wrote: “…and what’s weird is how a potato cannon can launch potatoes without an issue.”

And so on. Anyway, now you know. No carrots in the shotgun barrel. And never bet against Bugs Bunny.