Notes From the Move: Energy Efficiency, King Lear, and Too Much Stuff

We are halfway through a two-day move. I am in a mild state of shock but have learned some important... 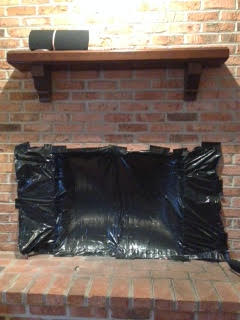 We are halfway through a two-day move. I am in a mild state of shock but have learned some important lessons:

• When I think about the material goods I own compared to what is necessary for a decent life, the ratio is about 5:1. In other words, you could take away 80 percent of what we have and I wouldn’t notice it was gone for several days, if ever. It’s one thing to understand this intellectually. It’s quite another to see a team of six husky men with hand trucks carting away box after box after box of crap you keep but never touch, loading it into a truck, and placing it in a new location. Where you also won’t touch it.

• In this brave new world, books number among such things. They are now circling the drain and will soon be—help me out somebody—redundant? Unnecessarily cumbersome? A waste of space? I own thousands. But then I’m weird. I keep a Complete Works of Shakespeare by my bed and will occasionally dip into it before sleep. Willy knew a great deal about many things, including, for example, archery. In the scene on the heath in King Lear, the deranged monarch derides one of his rescuers, saying, “That fellow handles his bow like a crow-keeper. Draw me a clothier’s yard.” (A crow-keeper is a scarecrow. A clothier’s yard is a standard draw length—about 27½ inches, near as I can tell—of the English long bow, the principal military weapon of the time. Lear is delusional. He’s imagining the bow.) But he then offers the best imitation of an arrow in flight in all of literature: hewgh!

• I’m happy to be downsizing the house. We are moving to a much smaller rental while we look for something more permanent. For reasons too involved to explain here, except to say that I was in love and not thinking clearly, we ended up in a house twice as large as we need. There is something about this that has offended and worried me daily for two years. It’s the wasted space that offends. My actions to the contrary, I believe in living modestly. There is space enough here for almost anything except modesty.

• I love building fires, watching fires, messing with fires, and fireworks. I don’t like sending money up the chimney in the form of hot air. After we pulled the pellet stove insert, I could feel the air rushing up the chimney. So I slit a garbage bag and Gorilla-taped it to the masonry. You probably can’t tell from the photo, but the plastic bellies inward 3 or 4 inches. If you were a sailor with that wind at your back, you’d probably be making 5 or 6 knots.

• An open fireplace is a lovely thing. Women and children, in particular, love them. No child should grow up without experiencing a home fireplace. But they are terribly inefficient, no matter how good you think your damper is. There are many inefficient and expensive “solutions” out there for this. The ones that look best to me are inflatable plugs, with names like chimney balloon and chimney pillow. You fit these into the flue, blow them up, and—shazam!—you’ve got that sucker sealed. They look promising. Anyone tried one?

I have to go now. We’re making another run to the new place. As the Pope is fond of saying, pray for me.