Gentlemen, this is it. These first days of November are among the most exciting and explosive of the rut. All... 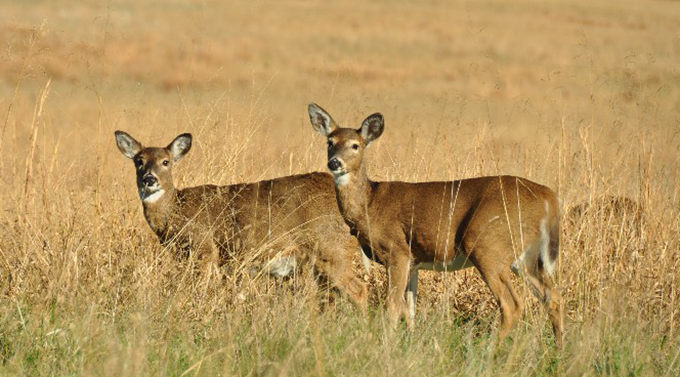 Gentlemen, this is it. These first days of November are among the most exciting and explosive of the rut. All it takes is one doe to decide it’s time, and the woods will suddenly be full of bucks strolling around like dudes waiting their turn in the ring at the Red Bull Total Testosterone Smack Down—if there is such a thing. If there isn’t there should be. The potential is through the roof.

Twenty-eight feet up, I sit on full alert, knowing that at any moment…nothing whatsoever is apt to happen.

My friend Fidge is 120 yards away in a ladder stand. He texted me a little while ago saying that he saw one small buck that didn’t respond to his grunt call and one doe he didn’t want. Me, I’ve seen a grand total of two deer in four and a half hours. And they only passed by because somebody walking a dog on the trail nearby gave them a scare. Mama and offspring came bounding along and stopped abruptly, 18 yards upwind of my stand. It wasn’t a Bone Collector moment, but, hey, the freezer’s empty.

I was about to draw when Mama somehow scented me, and I noticed that the breeze, which had been northerly and light, had suddenly switched around to the south, apparently on a whim. And it was snort, skedaddle, and a graphic visual of why these deer are called “whitetails.” (I’d like to give a big shout-out to my homey, Aeolus, Greek god of the winds: Hey, Aeolus, get a life!)

This is the transcendent and transformative glory of deer hunting. A long time sitting, then getting busted by a doe, then a bunch more sitting, then the lights go out, and finally you walk back out of the woods to the sounds of scampering deer that were hanging out right near your car. I can’t go hunting tomorrow, but I will go the next day, and again as soon after that as I can. And so on. Because I’m crazy, and that’s what crazy people do during the rut. That’s about as good an explanation as I’ve got at the moment.