Have you ever been perfectly satisfied with something you own—gun, fishing rod, knife, whatever—and then, after borrowing someone else’s, decided... 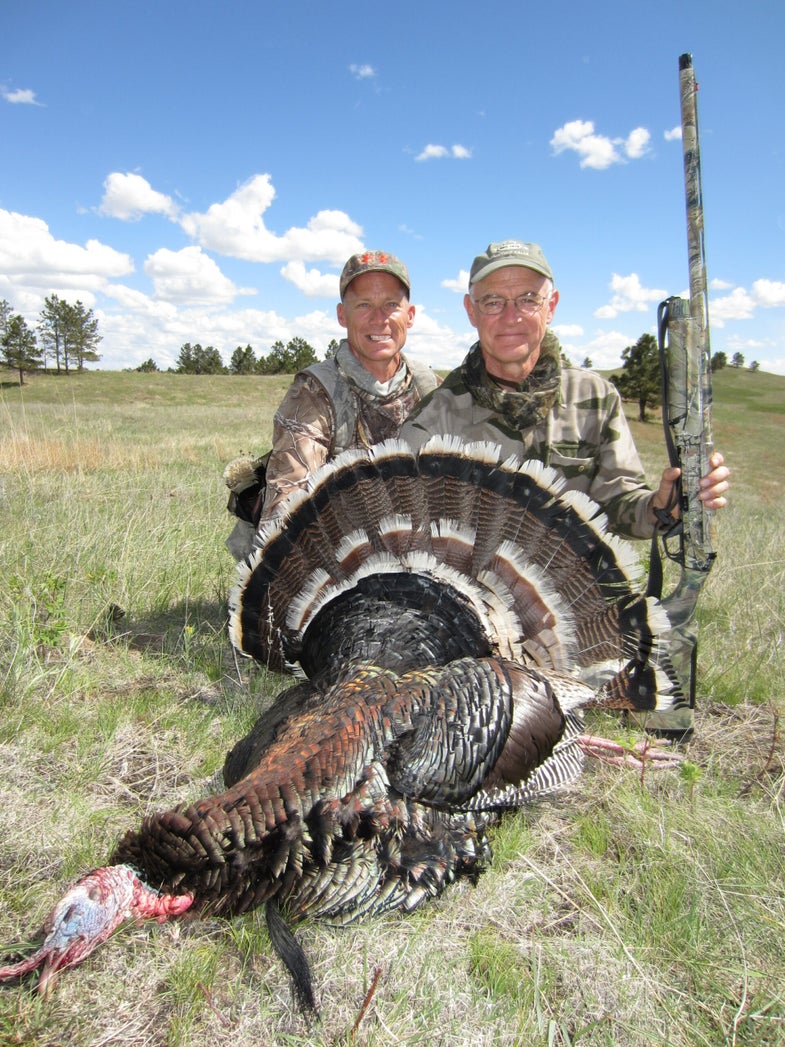 Have you ever been perfectly satisfied with something you own—gun, fishing rod, knife, whatever—and then, after borrowing someone else’s, decided that yours had suddenly become inadequate? As writer Terry Goodkind put it, “Reality is irrelevant; Perception is everything.”

I just wish that knowing that took a bit more sting out of the envy.

I recently went on a five-day, three-state turkey hunting odyssey with Jeff Budz, who has more grand slams than any hunter in history. He currently has 83, which will rise to 87 when his 2015 birds are registered. (A feature about the guy will run in Field & Stream sometime next spring if I can figure out how to write it.) I came to know and like the guy, so I feel that I’ve earned the right to say that Budz is crazy as woodpecker. After a while in his company, you start to feel for any person or thing that gets between him and a turkey. Because it won’t be there long.

Budz told me that he could loan me a gun if I didn’t want to bring mine. Saving $50 in baggage fees—that’s a no-brainer. I left my lone shotgun at home. It’s a 25-year-old semi-auto with a 26-inch barrel that I have always been perfectly happy with.

When I got to South Dakota, Budz gave me the loaner, a gun with a lot more bells and whistles than mine. After carrying it for a few hours and having fired it just twice, that gun had completely ruined my relationship with my own gun, which suddenly seemed heavy, shoddy, clunky. It was the difference between driving a cement truck and driving a Porsche. It wasn’t just that the loaner was a pound lighter, shot a larger range of shells, and had noticeably less recoil. It had better balance, pointed better, and handled better.

It was hard to surrender that gun at the end of the trip.

I bought my shotgun for about $600. The loaner goes for about $1,600. For me, this would usually be as much of a no-brainer as not paying to ship a gun. The purpose of a shotgun, after all, is to propel a load of pellets downrange. My own gun does this as well as Budz’s gun or, for that matter, a Purdy.

I don’t happen to have a thousand bucks lying around at the moment. So there’s no new gun in my immediate future. Maybe the smartest thing to do is not take up anyone’s kind offer of the loan of a superior shotgun. I need to like my own gun again. Maybe I’ll find a really crappy gun and borrow that for a while.