Sit Down, Pick Up Your Worksheet, and Shut Up

I can’t go inside my 9-year-old stepson’s school anymore. I’m afraid I might punch the principal. The first time I... 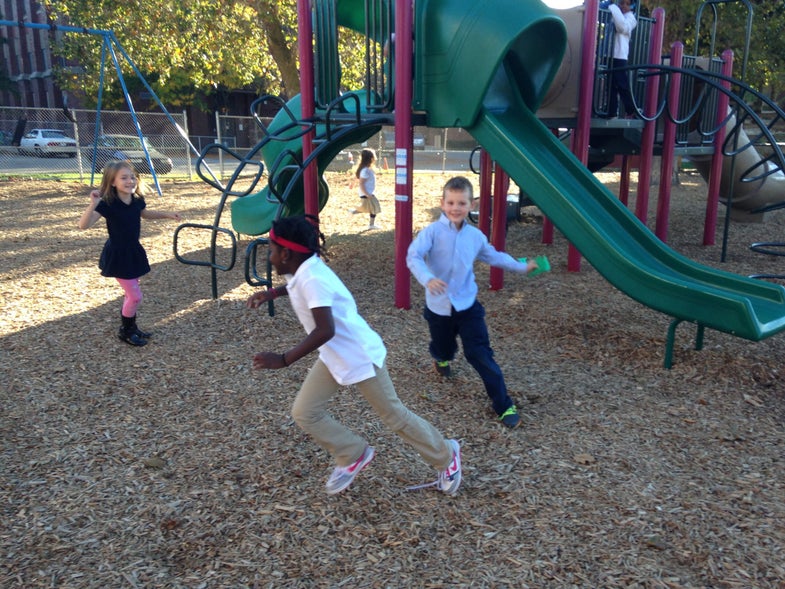 I can’t go inside my 9-year-old stepson’s school anymore. I’m afraid I might punch the principal. The first time I met the guy was a couple of years ago at the morning drop-off line outside the gym. Cole—brilliant, headstrong, oppositional, and squirmy—didn’t want to get out of the car. Maybe having been punished the previous day by having his recess taken away for not getting in line for lunch fast enough had something to do with it.

The principal didn’t try to joke with, talk to, or otherwise engage Cole. He told him—I’m not making this up—that he was certified in removing uncooperative children from cars and that Cole could make this easy or make it hard.

Cole and his peers take gym once a week. That’s it. He does get 15 minutes of recess after lunch. This, of course, is subject to certain conditions: temps above 40, no rain, an unmuddy playground. That effectively translates to no recess between November and mid-March. There’s also no recess if the teacher on duty doesn’t feel like it or the volunteer parent at lunch doesn’t show up or doesn’t feel like it. I wonder if there’s any link between denying children access to the outdoors and the declining number of kids who fish or hunt. I know it’s a stretch. I’m just saying it’s possible.

But, as the school reminds us in every flyer it sends home—including those sponsored by Domino’s Pizza—it is totally committed to meeting our children’s needs.

This kind of almost willful neglect is not limited to Cole’s school. In a working paper titled “Is Kindergarten the New First Grade? The Changing Nature of Kindergarten in the Age of Accountability,” University of Virginia researchers track our national obsession to crank out better test-takers. We’re ratcheting up homework, worksheets, and pressure to learn earlier, while cutting back on stupid, non-quantifiable stuff like art, music, play, and physical activity. See the sad details here.

Meanwhile, according to Today, some crazy educators in Texas who didn’t get the word recently decided to give school kids four periods a day to go play outside. Two 15-minute breaks each morning, two each afternoon. “There was a part of me that was very nervous about it,” says first-grade teacher Donna McBride. But then she saw the results. Kids paying better attention in class, following directions better, doing more independent learning and problem-solving, and having had fewer disciplinary issues.

It’s kind of ironic. Friedrich Froebel (1782–1852), the “father” of modern kindergarten and the guy who laid the foundation for modern education, based his theories on the idea that children have unique needs and capabilities. One of his greatest insights was that children see games as the basic form by which their lives are ordered and understood. He introduced the idea of self-directed “free work.” He understood that play—which included singing, dancing and gardening—was actually serious business to young minds and spirits.

That was nearly 200 years ago. I see more stressed-out, unhappy, confused kids coming home from school now than I can ever remember. They don’t even know how to play because they so seldom get the chance. So the real question is this: Who belongs in remedial education these days?