Sol Lunar Tables, Revisited: You Should Have Been There Last Night!

I’m still on the fence about the Sol Lunar tables. This is probably because I’m a Gemini, an air sign... 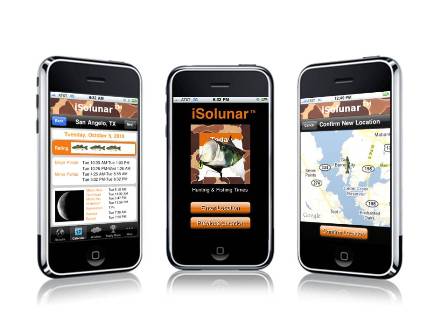 I’m still on the fence about the Sol Lunar tables. This is probably because I’m a Gemini, an air sign named for the twins Castor and Pollux. Geminis are clever, imaginative people who can see both sides of any question. On the other hand, we are shallow, easily distracted, and…. Wow! Did you just see that firetruck go by? Awesome!

Anyway, since there are no Sol Lunar tables that could tell me the “best” time to back my car into a split-rail fence, I decided that 8 p.m. last Saturday would be good. In my defense, it is very dark by that hour and thick fog blanketed the ground. On the other hand, I was in my own driveway. In less than a second, I’d taken out two elderly wooden rails and my entire left, rear taillight assembly.

As it turns out, my timing could not have been worse. My car spent all of yesterday—January 5, 2015—at Ed’s Garage. Meanwhile, yesterday was rated one of the best days of the season for wildlife movement, according to the Sol Lunar calendar at huntfishsport.com. In fact, it was a whopping five-out-of-five-stars day. (The rating was due to a “waxing gibbous” moon that was “100% illuminated.” I don’t really know what that means, but it’s the kind of thing I like to repeat as if I did.)
According to the website, among the factors in play were the following:
[1] Earth’s baby sister rose at 5:48 p.m.
[2] It “transited” at 12:11 p.m.
[3] It was “under foot” at 12:36 p.m.
[4] And it set at 7:22 a.m.

The moon also had a 3 p.m. dental appointment, but it’s not clear whether this was actually kept.

What matters much more than the data are the activity periods derived from the data—determined by a complex process that involves logarithms, trigonometry, and a least three sets of dice. Long story short, there were two “major” periods of activity yesterday. The first was one of “insanely awesome activity” from 10:39 p.m. to 1:39 a.m. This wouldn’t have done me much good because at the time, I was 0% illuminated—not to mention prone and snoring. The second involved compulsory wildlife calisthenics, including jumping jacks, burpees, and pullups from 4:48 p.m. to 6:48 p.m. Since the sun went down at 4:56 p.m., this wouldn’t have left me much legal light, but without transportation it was still an opportunity missed.

I did look outside just at sunset and saw two squirrels chasing each other around like their tails were on fire. And then Ed called to say the repair would run $348.

So it obviously wasn’t a five-star day for yours truly. But that is probably because Mercury was in retrograde and Venus was in the sixth house. Which I believe has a split-rail fence. You can’t expect the Sol Lunar tables to take everything into account.