Greetings from the Pacific coast somewhere near San Juan del Sur, Nicaragua. My friend Charlie and I have been out... 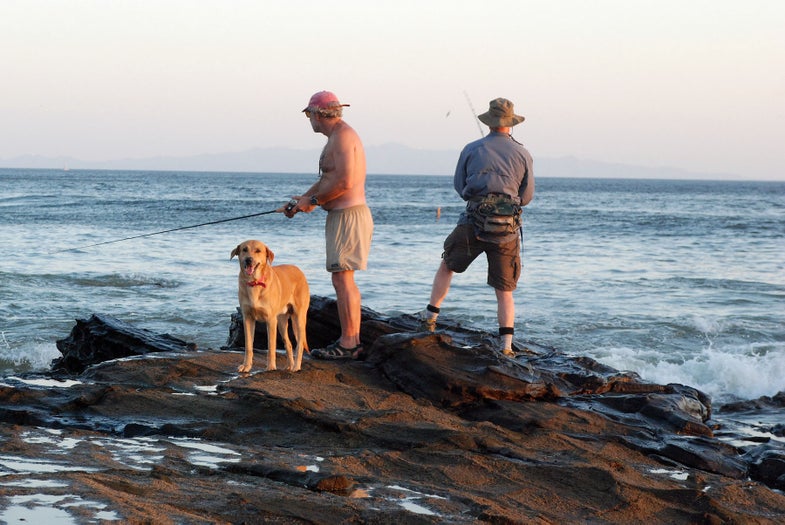 Greetings from the Pacific coast somewhere near San Juan del Sur, Nicaragua. My friend Charlie and I have been out fishing twice, at dusk, standing on very slippery rocks as large waves crashed around us. Throwing Rapalas into the little amphitheaters of calm water between rock formations, which, as I mentioned, are slippery. You do not want to be wearing Keen sandals on slippery rock. I haven’t fallen, but I’ve come close. I no longer move over slick rock with the assurance of a mountain goat. I take mincing steps. I hesitate. I get down on my butt to spare my knees the jolt of a 2-foot descent, a jump I once wouldn’t have given a second thought. I will be 60 in June. I’m having trouble accepting this gracefully.

Michelle and I are visiting my oldest friend and his wife at this seaside town in southwestern Nicaragua. At dusk we drive down to the rocky beach with two rods Charlie has dug up, and we throw into likely looking water. Charlie caught one yesterday, a little fish but one that would have been worth keeping if you caught a bunch of them. I caught nothing. I was throwing a blue floating Husky Jerk with a feathered tail. I was using a stiff 7-foot rod with a big Calcutta baitcaster and 20-pound mono. I never got hit but did manage to snag and lose the lure on some underwater rocks. Which is something most people have to work at when throwing a topwater.

We went out again tonight to a different beach, different rocks. With pretty much the same result. Actually, Charlie had one on that got wrapped on a rock. He managed to get the lure back—no small feat in the conditions at the time—but lost the fish. Me, I snagged another Rapala on a rock, couldn’t work it loose, and broke off. No hits, nothing.

The sun doesn’t really set at the equator. It falls. We watched it drop into the water like a hot orange penny into the piggybank of the horizon. Then it was already getting dark as we picked our way back over the rocks. “We should stay here an extra day,” I told him. “It’s so pretty. And you’ve still got lots of lures.”

Charlie was walking ahead of me. All I heard him say was, “You idiot.” Which, in our way of talking, means yes.