I’m in Nicaragua, attempting to take a vacation. Michelle and I arrived here late last night after leaving the Eternal... 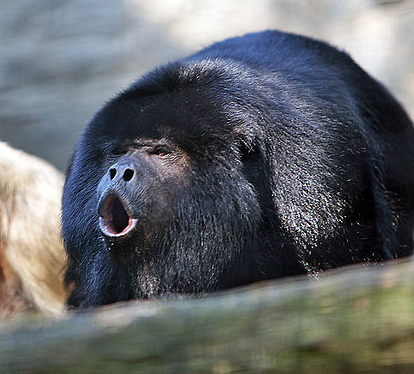 I’m in Nicaragua, attempting to take a vacation. Michelle and I arrived here late last night after leaving the Eternal Winter of 2015 behind. We unplugged the pellet stove and dropped off the bearded dragon at a heated and secure location I would be happy to reveal if I thought someone might steal it.

We’re visiting one of my oldest friends. He came to Nicaragua in the 1980s as a reporter, fell in love with a poet, and more or less stayed. Charlie was the guy I went backpacking with for 3 weeks in the Big Horn Mountains in Wyoming the summer I turned 21. We carried all of our food and gear. We caught and ate tiny trout, argued over whose share of the daily meat bar was bigger, and once surprised an elk as we crested a rise. I had never seen one before and didn’t see this one. But I felt the ground shake and knew it was bigger than any wild animal I’d ever encountered. We each came back 10 pounds lighter and changed in other ways, too. I still had no idea what to do with my life, but I was calmer, less worried about it.

Charlie and I go back so far that neither one of us is sure whether this is my third or fourth trip here. One time we went hiking in the forest and I heard what I assumed were King Kong’s offspring roaring from the ridge ahead. The sound stopped me in my tracks. It was like huge ships running aground and then coming to life and yelling about it. He smiled. “You scared?”

“Damn straight I’m scared. What is that?”

“Howler monkeys. Calls carry for miles. They’re not that big, 20 pounds max. But they throw their crap at you if you piss ’em off.”

I don’t really know what the agenda is here. I hope to do some fishing. I’ve caught tarpon in Nicaragua. Or a tarpon. The thing weighed about 100 pounds and was one of the least interesting fights I’ve ever had. It never jumped. It sulked beneath the boat for about an hour before we got it up. We gave it some villagers along the river.

Later, fishing in Lake Nicaragua, we caught guapote, a name given to a whole family of fish. These ran no more than 2 or 3 pounds but were fun to catch. I remember snagging a Rapala about 12 feet down. After my efforts to free it failed, I was preparing to break off when I heard a shout. A small boy on the boat had stripped off his shirt and dove after it. He followed my line down and returned 30 seconds later with the lure in his hands. That night, we ate guapote cooked in a wonderful garlic sauce, with beans and rice and beer.

The thing with a guy like Charlie is that he’s hard to pin down. I wouldn’t mind catching some more guapote. But I’m not really driving this bus. Keep you posted.

Photograph by Steve, via Wikipedia