As a leader in the outdoors industry (motto: “We build the outdoors so you don’t have to”), I’m always conscious... 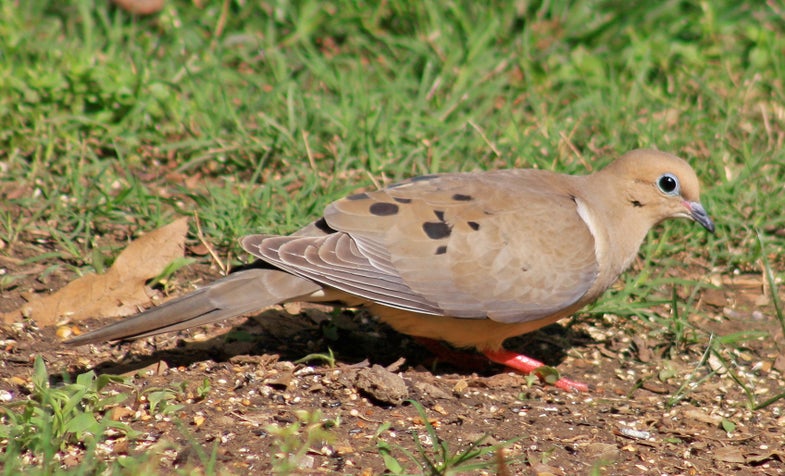 As a leader in the outdoors industry (motto: “We build the outdoors so you don’t have to”), I’m always conscious of my responsibility to do stupid things so that others can feel superior to me. It’s just one of the ways I give back.

That’s why I salute the three dove hunters who were recently arrested in Oklahoma. These guys were out of my league, truly favored by the Stupid Fairy. The list of dumb stuff they did is breathtaking. (I’ll get to it, hang on.) We don’t know exactly how their minds worked, but this is what I imagine took place:

Second guy: Cool! And let’s do it within sight of Highway 412 near Ringwood so people can see. I like attention.

Third guy: I’m in. And if we put down some wheat, more of ’em might come in. Doves like wheat. Plus, it’d be cool if we made a blind to hide ourselves. If doves can see you—even if you’re just sitting there with a 12-gauge like you’re thinking about something else—it spooks ’em.

First guy: I’ve got an idea! Let’s make the blind out of those marijuana stalks we got out back. We already stripped ’em. I’ll just throw ’em in the truck and we can wire ’em up when we get out there.

Second guy: This just gets better and better. Let’s get high while we’re there and shoot as many doves as we can. It’ll be a blast!

So they do this. They make the blind, set up some Mojo decoys (Note: I think Oklahoma allows motion decoys, so this may be the one thing they did that was legal, proving that even stupid people can’t be stupid all the time.) They get high and shoot 45 birds before a passing motorist, duly impressed, notifies the authorities. The hunters were so stoned they even didn’t notice when officers from the Oklahoma Department of Wildlife and Conservation approached the blind from the rear. The three men were taken into custody along with the birds, marijuana buds, a pipe, and the marijuana stalks used to build the blind.

One didn’t have any ID, so an officer escorted him to his house, where he found more marijuana, another pipe, and the fan and talons of a hawk. It is, of course, illegal to possess parts of a bird of prey. Or a whole bird of prey for that matter.

“I’ve never seen a case where they start early, have 50 extra doves, bait a field, hunt out of a marijuana blind,” ODWC assistant chief of law enforcement Bill Hale told KFOR-TV. “That actually sounds more like something you’d see in a story or a movie than it does real life.”

I think Officer Hale is wrong there. In my experience, the stuff that happens in real life is so much weirder than fiction that nobody would believe it if it happened in a movie.