One big problem with the outdoors, besides the bugs, is that it totally ruins TV for you. Take torches, for... 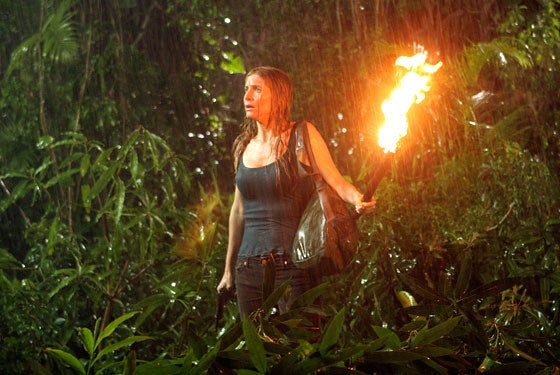 One big problem with the outdoors, besides the bugs, is that it totally ruins TV for you. Take torches, for example.

While car camping recently, we were sitting around a roaring blaze in our fire ring. Cole, who is crazy for frogs and toads, announced that he wanted to go look for one by torch light. He plunged a stick into the coals and left it there for as long as he could stand—about 15 seconds. When he pulled it out, the tip emitted a lighter-size flame for an instant, and then went out.

“What’s wrong with this thing?” he asked, and stuck it back in the fire. This time he waited even longer—an eternity, maybe 17 seconds—only to achieve the same result.

“What the heck?” he demanded. He seemed to be addressing either the stick or the cosmos. “Where’s my torch?”
As neither stick nor cosmos spoke, I did.

“Torches only work on TV,” I told him. “Real wood doesn’t burn like that.”

It was unfortunate timing, as far as squaring television and the outdoors went. The family doesn’t watch much TV, but just then we’d been working our way through Lost. Several nights earlier, we’d watched Episode 11 of Season 2, which ran 9 years ago. It’s titled “The Hunting Party.” And this particular hour of must-see TV plays absolute havoc with a kid’s notion of torches.

Briefly, the good guys decide to head out into the jungle at night—by torch light, of course—to look for one of their own who has gone after the bad guys who took his son. As they traipse through the jungle at night, the good guys’ torches burn brightly. Not only that, but they’re dependable and extremely long-lasting. Proof, if you’re a kid, that a torch beats any flashlight.

Eventually locating the bad-guy-in-chief (via torch), the hunting party points its guns at Mr. Friendly, telling him he’d better cooperate, because he’s clearly outnumbered. But Friendly, giving a shifty, saw-you-coming-dumbasses smile, calls out “Light ’em up!” And instantly—with the audible whump of 50,000-BTU propane burner—a dozen torches all flame on at once. Boom! It’s the most awesome display of torch power ever recorded. And they have on/off switches.

Naturally, this takes the starch right out of the hunting party. They turn tail and head back to the hatch. You get the clear message that the worst of it wasn’t being outnumbered. It was being out-torched.

Anyway, Cole finally pulled the stick out of the fire again. He’d left it in for a solid couple of minutes this time, but it still wouldn’t stay lit. He tossed the entire useless stick into the fire and said, “Mr. Bill, I need to borrow your headlamp.”

“Sure thing, bud,” I said, taking it off my head and giving it to him. It fell down around his shoulders.
“Why is your head so big?” Cole asked, as if the irritations of this night and this campfire would never end.
“I have no idea, bud. Here-” I adjusted the strap for him. “Now go find a toad.”

He did, within five minutes. Right by the bathrooms.

He was happy. A real toad is one of the few things that still trumps the TV version.