Thirty-nine years ago today, almost to the day, my best friend and I returned from a 24-day camping trip in... 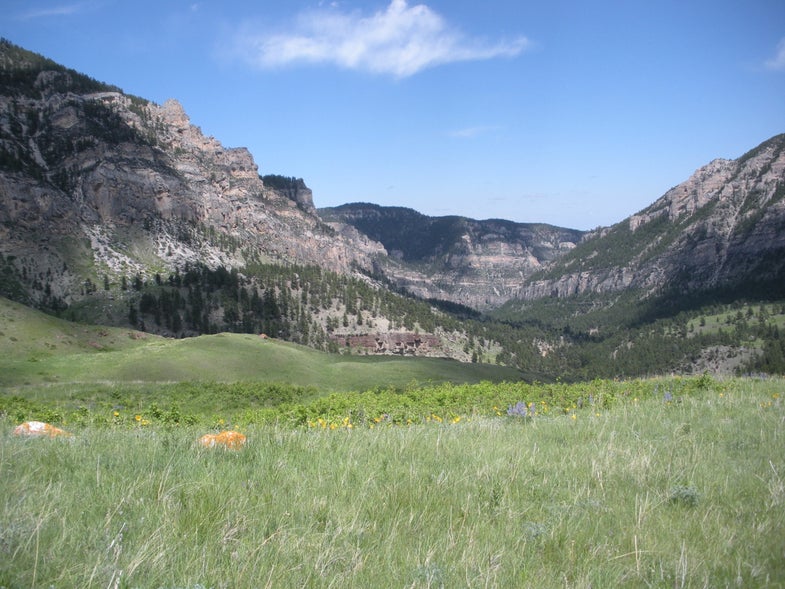 Thirty-nine years ago today, almost to the day, my best friend and I returned from a 24-day camping trip in the Bighorn Mountains of Wyoming. It was the longest time I’d spent—before or since—in the wilderness, and it had a deep effect on me.

We carried nearly all of our own food, supplementing it with tiny mountain trout that maxed out at 6 or 7 inches. We had state-of-the-art gear, including unlined parkas made of a 60/40 mix of polyester and cotton that you could get semi-waterproof (as long as you didn’t touch anything) with some kind of spray. We had down-filled sleeping bags and widely woven “net” undershirts that were more hole than fabric and were supposed to regulate your body temperature. There’s a reason they never caught on. We drove non-stop from Bethesda, Md., to Saddlestring, Wyo., in Charlie’s red Triumph Spitfire. It wasn’t until Denver that I looked under the hood and realized the engine was about the size of a loaf of bread.

I remember startling an elk one afternoon as we crested a hill in a forest. We never saw it, but the pounding of its hooves was like that of a horse. I’d never imagined that there were wild animals that big in North America. And one night, we listened as a thunderstorm raged several thousand feet below us. Charlie was worried. The tent had aluminum tent poles. I was too exhausted to think about breaking camp to move somewhere safer. “Okay,” he said at last. “But if either one of us gets struck, you keep giving the other guy CPR even if you’re sure he’s dead.”

What I remember most is how different I felt when it was all over. I’d gone in a kid and come out—not exactly a man, but with a new sense of myself. Someone stronger and more capable than I’d imagined. And I can’t think of any other way I would have found this out in a single summer. I even wrote a poem about it, which I can remember most of. Here goes:

We should have left our packs
out there, buried in the
saddle between two hills, and
marked the spot on a map.

Here they can’t breathe. Seven-pocketed
trophies, they stand in the corner. Even the
dust on them is holy. We strain,
strain our ears hoping for a single word
that doesn’t come.

But maybe out there
underneath dirt and cold rock,
they would forget we are listening
and begin to sing.