I’ve been hunting some lovely woods not six miles from my house. I’m talking about beautiful, mature hickory and oaks... 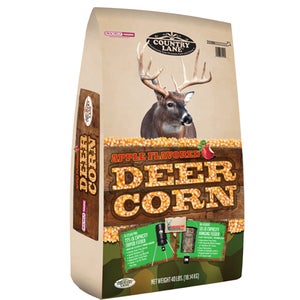 I’ve been hunting some lovely woods not six miles from my house. I’m talking about beautiful, mature hickory and oaks mixed with thick patches of mountain laurel. Gorgeous place. Some of the oaks are still dropping acorns now, in November. But there’s almost no deer sign. Hardly a rub or scrape anywhere. And my friend Fidge and I aren’t seeing many deer. The few that we do see are moving purposefully, as if on their way to or from somewhere else. These woods, which took the better part of a century to establish, ought to attract and hold deer in good numbers. Instead, they’re the hunting equivalent of flyover country.

The guys one ridge over are baiting big time. They set out piles of corn. They have at least one automated corn feeder, probably more, which they refill diligently. They’re pulling the deer that-away.

It makes me want to gnash my teeth. I want to hurl thunderbolts, call down plagues. It doesn’t have to be this way. It’s just that we collectively—the hunters of Maryland, and about half of the other 50 states, maybe yours included—have decided this is what we want. We want the Corn Race, in one form or another. And now, by God, we’ve got it.

When you realize that the guys around are setting out deer corn by the ton, you have a choice. You can refuse to follow suit—and plan on not seeing, or killing, many deer. Or you can step onto the merry-go-round and start baiting, too. But be warned: Once you start, it’s just about impossible to stop. Stopping would mean you’d spent all that hard-earned money for naught. What’s the answer? Spend more. You have to put out at least as much corn out as the other guy to keep up. And more if you want to win. So which is it? Did you come here to win or not? Oh what the hell? It’s in the name of hunting, which you love. So if the other guy ups the ante, you see his bet and raise him another ton. And now you’re the baiter drawing the deer off some other non-baiter’s land. So that guy starts in—and round and round we go.

I suppose I can’t blame anyone for getting on the ride. But still. It makes me want to gnash my teeth.