The Drunk and Armed Samaritan

I’m in Kansas bowhunting whitetails, which is the dream of almost every bowhunter. But so far there have been moments... 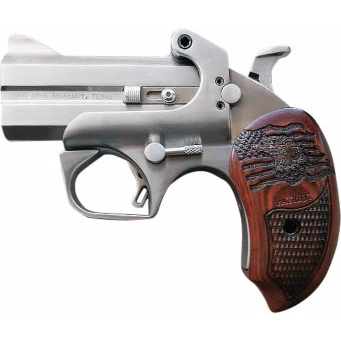 I’m in Kansas bowhunting whitetails, which is the dream of almost every bowhunter. But so far there have been moments that are anything but the stuff dreams. Like last night, when a fairly drunk man in a truck waved a derringer in my direction. I think he was trying to be nice, but it scared the crap out of me.

I’d come out to the road after the afternoon sit, during which I’d seen exactly nothing. It’s been hot here, with a high of 67 yesterday and 74 today. My host had told me to turn right at the dirt road and head for the highway. So that’s what I did. As I walked towards the highway, I could hear what I’m pretty sure were pheasants flushing. It grew dark. The roads here are straight as rifle barrels. Then I saw truck lights. My ride. The truck topped a hill and then disappeared.

I was almost to the main road when I saw the lights again. The truck stopped and the driver opened the door. But it wasn’t my host. I knew because cigarette smoke and the scent of whiskey wafted out. Behind the smoke was a large, pallid man in camo.

“You need any help, man?” he asked. There was a double-barrelled, stainless derringer in his hand. I remember it clearly. A huge hand and a tiny derringer. He was pointing it sort of halfway between the windshield and me, at about a 45-degree angle. “I been hunting coyotes up at the Brown’s,” he said, as if that explained the gun.

It scared the crap out of me. “I’m good, man,” I said, already backing away. “My friends are right behind you.”

In fact the truck I wanted to get into was just then showing up. I’m not even sure I opened the door. I might have just dived through the window.