Just when you think the world can’t get much stupider, somebody on a mission to show how little you know... 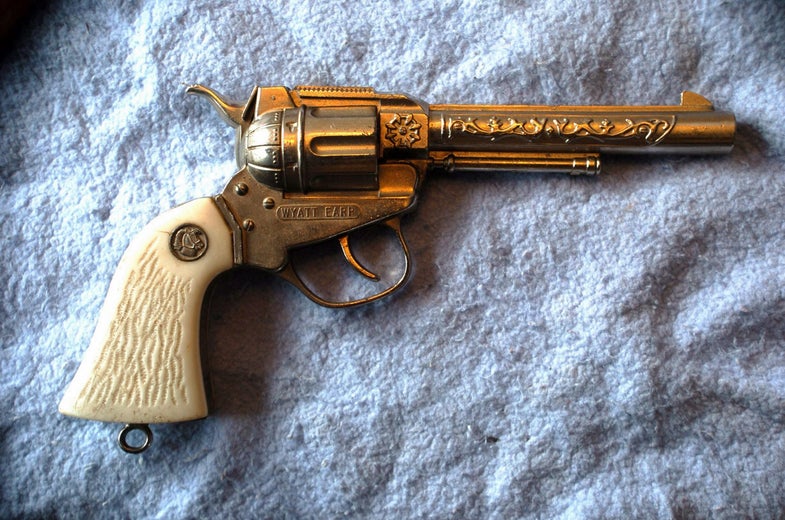 Just when you think the world can’t get much stupider, somebody on a mission to show how little you know pops up. A new bill offered by Baltimore Assembly delegate Jill Carter would ban toy firearms, according to the website grandviewoutdoors.com. A virtually identical bill has been proposed in the Maryland Senate by state senator C. Anthony Muse.

The two bills would prohibit the “sale, offer of sale, possession, use, attempt to use, or transfer of a certain imitation firearm.” Violators would be subject to fines up to $1,000 and up to a year in jail. What exactly is an “imitation firearm”? I’m glad you asked. It’s “a toy, a device or an object that substantially duplicates or can reasonably be perceived to be a firearm or a handgun.”

That’s basically anything looks like a gun unless it is has “an entire exterior surface color of bright red, bright orange, bright yellow, bright green, bright blue, bright pink, or bright purple, either singly or as the predominant color in combination with other colors in any pattern.” Lawyers representing chartreuse, violet, and salmon have reportedly threatened legal action unless they, too, are included in the list of acceptable colors.

There’s no grandfather clause, so if this thing passed, the 140 million or so parents in this country could be incarcerated. While this would leave a lot of kids home alone and clueless once unpaid electrical bills caused their video games to fail, it could be a huge shot in the arm to the prison industry.

A couple of questions come to mind:

• It’s a well known fact that if you give a boy a Barbie doll, he will immediately make the legs do a split so the Barbie resembles a pistol and begin making kapow noises. Does this constitute a violation of the law?

• Why are kapow, blooey, and the sound you make when you lock your jaw and make an explosive ppppsshh! not also banned? These and similar vocalizations are clearly designed or intended to imitate the sounds of real firearms and have been known to startle people, a severe micro-aggression that we have tolerated for too long.

• It’s also a proven scientific fact that gravity kills and injures many more people each year than firearms do. Just ask this dude on YouYube who drove his moped off a huge ramp into the water and broke his leg.

Gravity—the force of attraction by which things tend to fall toward the center of the earth—has repeatedly shown itself to be a remorseless killer. When is somebody in public service going to have the guts to take on the gravity lobby—which includes the manufacturers of parachutes, mopeds, and free weights, who contribute billions each year to fund the continuation of unregulated gravity—and end this menace?

Some alarmists believe that we can’t legislate our way to a less stupid world and that efforts such as these are examples of government overreach. Those people—and anyone who can be reasonably interpreted as supporters of those people—should be outlawed.