The latest brouhaha in D.C. is over a children’s playhouse Pretty much everybody agrees that kids spend too much time... 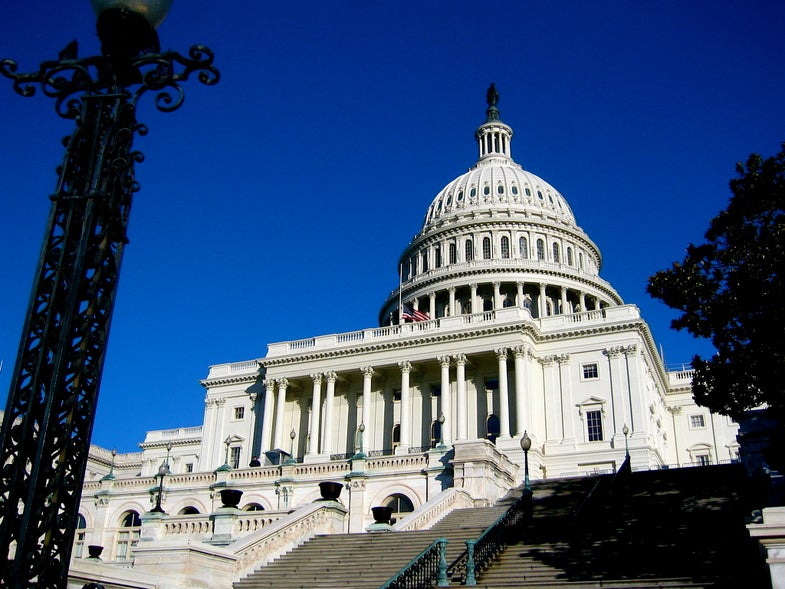 The latest brouhaha in D.C. is over a children’s playhouse

Pretty much everybody agrees that kids spend too much time in front of screens. We should encourage them to go outside, play, and daydream. This is one way that some kids eventually discover hunting and fishing.

Woe betide the parent who actually tries to do that, at least in Washington, D.C. Per The Washington Post, on Capitol Hill—the epicenter of the nation’s capital—a couple recently built an 8-foot-high treehouse for their young daughters, ages 3 and 5. Ellen Psychas counsels high school students. Bing Yee is a lawyer for the Department of Homeland Security. They checked with the city and found no regs prohibiting them from building a treehouse on the U-shaped alley behind their house. The couple says they passed out fliers alerting neighbors of their plans to build it. They paid an arborist $300 so they could avoid harming the 100-year-old elm in which the treehouse was being built. Soon, the 30-square-foot castle-themed treehouse was up.

Huge mistake. It turns out that the treehouse overhangs the public space of the alley by—hold onto your hats, folks—20 inches.

You have to understand something about where this is taking place. D.C. is where high school class presidents with a chip on their shoulder go to make their mark in the world. But the D.C. power structure is a skinny pyramid and there’s only so much room at the top. So what you get is a bunch of smart, frustrated people looking to vent that frustration. In a pinch, a treehouse will do. According to neighbor Loraine Heckenberg, a number of neighbors feel that the treehouse “overwhelms the public space.”

Heckenberg knows how the levers of power work and has has filed Freedom of Information Act requests with the city to find out about the permitting process. By her own estimate she has spent as many as 20 hours a week trying to have the treehouse removed. That’s almost as much time as I spend looking for my keys, phone, and car in the parking lot at Home Depot.

Anywhere else in the country, this would be an example of wacko civic overreach. Not here. In D.C., there simply is no better use of your time than asserting dominance over other people, no matter how benign or insignificant they are.

Hey, you want a treehouse? Move to the suburbs. That thing jutting out into the air is disturbing my quality of life.

Heckenberg isn’t backing down. She has spent months on this and wants—quite understandably—to see some action. “I hope it gets taken down and we can go back to healing,” she told a reporter for the Post.

That’s D.C. doublespeak at its best. Where else could a presumably responsible adult talk about destroying a children’s treehouse and “healing” in the same sentence?

There’s a public hearing scheduled for today, January 28, that could decide the fate of the treehouse. Stay tuned.