The Woods: Not New, Not Improved, Still Dominant in Its Share of the Market

I finally got out deer hunting for the first time this year yesterday and I’ve made some fascinating discoveries: •... 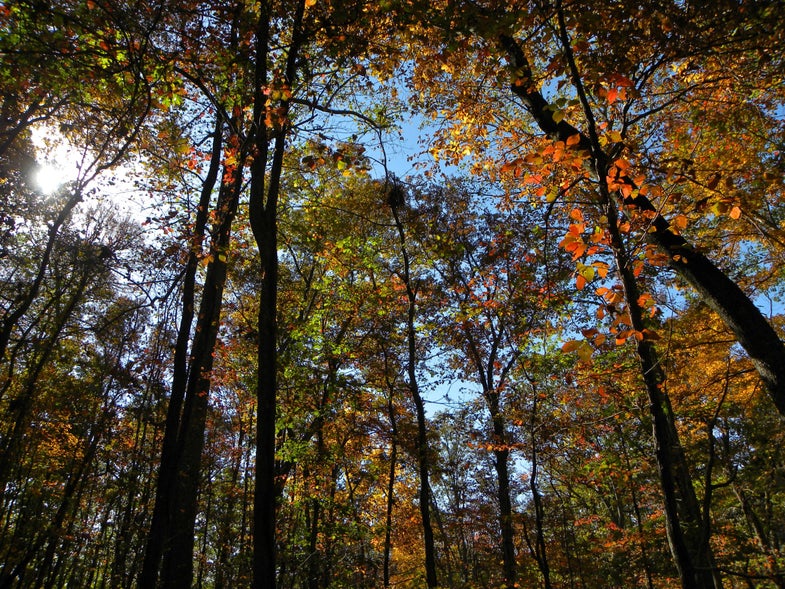 I finally got out deer hunting for the first time this year yesterday and I’ve made some fascinating discoveries:

• The woods remain completely unaware of the changes sweeping the hunting industry—carbon-fiber everything, crossbow technology, every single hunting-related app for your phone. The trees stubbornly grow pretty much the same way they always have. This is good. Something in this world has to keep its head. It sure isn’t me, anybody I know, or anybody I’ve heard of. There are days when I’m convinced that the whole world has basically slipped its moorings in one way or another. Meanwhile, the woods just keep growing and decaying, growing and decaying.

• There are a whole bunch of leaves out there. Both on the ground and in the trees. The ones on the ground are brown, for the most part. And they are innumerable. There are fewer leaves on the trees than on the ground, but it would take you a good while to count them. And there’s this: Almost none of the trees leaves are perfect, likes the leaves you see in tree identification books. They’ve all got some disease or other. Spots, brown crinkly edges, places where something has taken a good bite out of them. But you’ve got to admire those leaves. They keep at it. Good attitude, leaves. They’re not thinking about their problems but about their lives. What they have rather than what they don’t have.

• Gravity is still present and still scary. Maybe scarier. Because while gravity remains constant, we don’t. When I finally ratcheted myself up to what I thought was a reasonable height in my climber—all the while wondering whether I’m too old for a climber—I realized I was was 26 feet high. It didn’t feel too high. I had my harness on. I had a knife and a cell phone. But it would still be a pretty long drop, and my bones aren’t exactly elastic anymore. Arborists, incidentally, consider 30 feet as the general red line between living and dying. Most arborists are young men.

• I was not very disappointed even though I didn’t see a single deer. Before I went out, I’d forgotten that killing a deer is not always the important thing. What is more important is that I’ve made it to another deer season, another turn of the celestial wheel. I sat still—or as still as I could manage—and just let it all seep in. I was back in the woods. I soaked them up and was soaked up by them. I watched squirrels playing grab-ass with that particular ferocity they have in the fall. I listened to the succession of birds as the light faded. First woodpeckers and then crows and then geese flying the sun to bed. I felt once again the great indifference of the world. How my entry and eventual exit were no more than another drop of rain. This can be be a source of existential terror or solace to man. I suppose it depends on what you had for lunch. Yesterday, it felt both humbling and reassuring. I know of no better medicine than the woods.