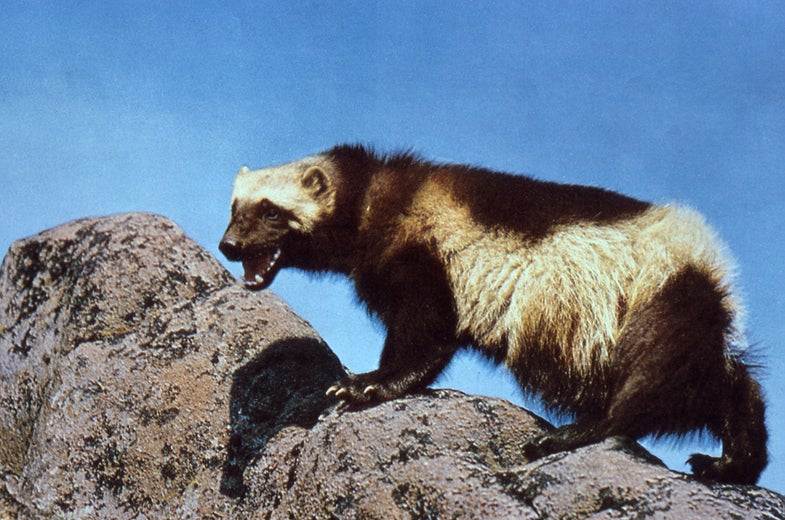 This week’s Washington Doublespeak Award goes to Dan Ashe, director of the U.S. Fish & Wildlife Service. The agency’s mission is to “conserve, enhance, and protect” wild animals, fish, plants, and the habitats they depend on.

According to The New York Times, there are only about 300 wolverines in the lower 48. They’re spread out, hard to find, harder still to study. We do know that the animals dig the dens in which they give birth, and that they rear their young in deep snow. And we know that climate change is reducing snowpack in the Northwest.

Given these facts, you’d think Mr. Ashe would, if anything, want to err on the side of caution in protecting wolverines.

True, as late as 2013, a USFWS fact sheet on wolverines concluded, “…climate modeling indicates that Wolverines in the lower 48 States are threatened with extinction in the future due to the loss of snowpack…”

Nevertheless, back in 2014, Mr. Ashe discounted those findings. He decided wolverines weren’t “endangered,” just “threatened,” a lesser designation. His explanation? The science was “inconclusive.”

He seems to be saying that while climate change is affecting snowpack—one of the most critical factors in the survival of this species—nobody has proved that climate change itself is likely to place the wolverine in danger of extinction.

That is hair-splitting of the first order.

Ash also strongly denied that politics played no part in his decision.

Just last week, the chief judge of the U.S. District Court for Montana instructed the agency to reconsider its reasoning in the decision, which it described as “arbitrary and capricious.”

Those are more polite words than I would have used.