What a Salad Can Tell You About Global Warming

_See this beautfiul New Year’s salad? To a farmer, this is a sure sign that something is really, really wrong.... 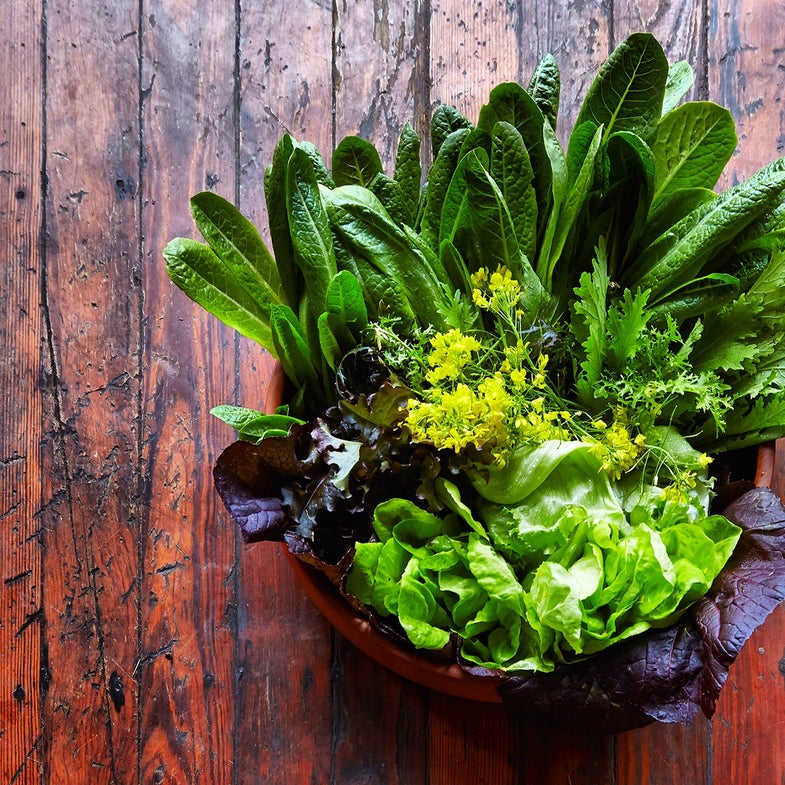 _See this beautfiul New Year’s salad? To a farmer, this is a sure sign that something is really, really wrong. _

I’d like to end the year on a positive note. But I can’t.

You know all those Chicken Littles running around in circles as they moan about global warming? I think I’m turning into one of them. I say this because I’m visiting my farmer friend, Steve Burnett, in Bovina, N.Y., which is at 2,200 feet on the side of a mountain in the northern Catskills. The area is rated Zone 3 for plant hardiness by the USDA. A good bit of southern Alaska is also rated Zone 3. Last winter Steve went through 14 cords of wood heating his cabin. So far this year he has yet to go through his first half cord.

Okay, I challenged him, what exactly are the signs? He rattled off the following faster than I could write it all down.

“There are people here talking about their apple trees budding in December, okay? That doesn’t bode well. It’s a lot of the tree’s energy being wasted. What’s going to happen when spring comes and it really is time for them to bloom? You’ve got ice-free farm ponds in late December. That’s unheard of. And the fish are active. The ones in my ponds look like they’re already fanning the gravel to make nests. Same deal. Waste of the animal’s finite amount of reproductive energy.

“Remember the salad I fed you and four other people at dinner last night? I picked all that stuff two hours before dinner: mitzuna [a Japanese salad green], komatsuna flower heads [little yellow flowers, peppery taste], giant mustard leaf, romaine lettuce heads. None of it remotely touched by frost. No spots, no dark edges. Like spring vegetables. So, on the one hand, we had a great salad. On the other, it scares the hell out of me. I shouldn’t be able to pick stuff that hasn’t been damaged by frost at New Year’s.

“The biggest sign that this is the beginning of the end? Old-timers are telling me that they haven’t had to haul water yet. As in having to carry water from the pump to whichever paddock their animals are in. Their hoses are usually frozen by now. Not this year. So they’re sort of giddy, you know? They’re being spared one of the dullest, most arduous chores of farming. At the same time, they’re scared. Nature isn’t the Tooth Fairy. In their world, you get a ‘gift’ like this warm weather, you know something awful is going to happen to you pretty soon.”