In late January, an estimated 1,200 fish downstream of a central Pennsylvania power plant on the Susquehanna River died after... 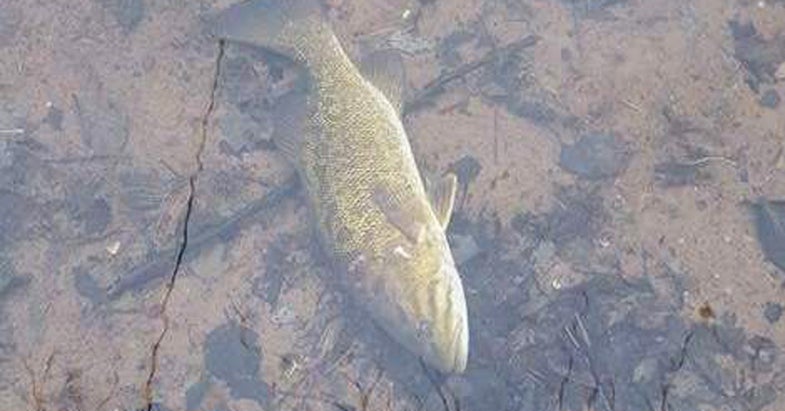 In late January, an estimated 1,200 fish downstream of a central Pennsylvania power plant on the Susquehanna River died after a unit that normally dispatches unseasonably warm water quit operating and instead sent shockingly cold water into the river.

Early in the morning of January 31, an operational malfunction at the Brunner Island Steam Electric Station, in York Haven, caused one of the plant’s units to unexpectedly shut down, Todd Martin, a spokesman for Talen Energy, which owns the facility, told Pennlive.com. Though, reportedly, the water wasn’t contaminated in any way, it wasn’t properly processed in terms of temperature—so the fish that congregated at the plant’s warm outflow were shocked and couldn’t recover when the water dropped 13 degrees. “It was a thermal situation,” Martin said. “The incidental, more abrupt shutdown caused a dramatic change in temperature, returning the water back to the natural temperature of the river more quickly.”

Unfortunately, fish in the Susquehanna and its tributaries have had a rough go of it in recent years. Just last year, a fire at a chemical-and-fertilizer plant on Conewago Creek, a large tributary of the lower Susquehanna, caused the release of toxins into the water, which killed fish in the creek and in the mainstem. In this case, however, Martin told reporters, no byproducts leached into the water from Brunner Island, and the company has cooperated with investigations by the Department of Environmental Protection and the state’s Fish & Boat Commission. A DEP spokesperson said that the agency will likely issue a notice of violation against Talen Energy and determine what additional actions, if any, need to be taken after the company has a chance to respond.

“It’s a bit of a challenge,” Martin said, when asked how it could deter fish from the plant’s canals. “You can’t take the fish out of the water.”

Carp, catfish, and smallmouths were among the dead fish, the York Daily Record and the York Dispatch report. Also, in an interview with the York Dispatch, a DEP spokesperson said that no clean-up effort is needed—nature will “take its course.”

Since news of the dead fish broke, a petition on Change.org called “Stop Susquehanna River Fish Kills!” has been created to “levy higher fines and penalties on power plants and other manufacturers who contaminate the river by way of chemical, thermal, or substances that would pose danger to aquatic wildlife.”