In the past couple of weeks, the Arkansas Game and Fish Commission has killed 225 whitetail deer and six elk... 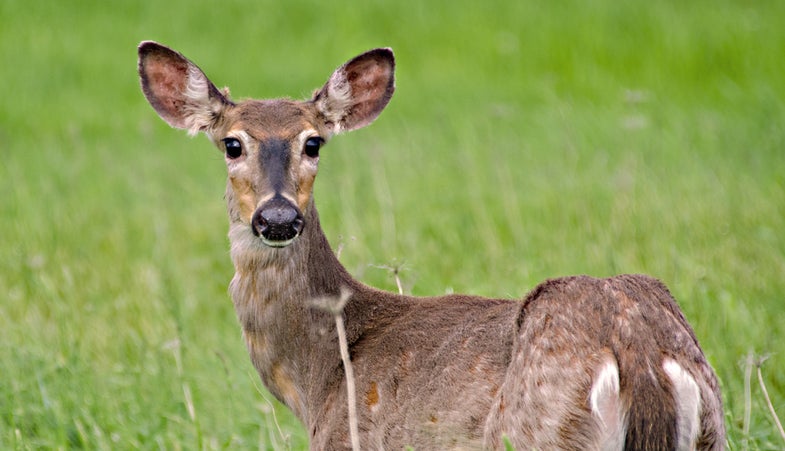 In the past couple of weeks, the Arkansas Game and Fish Commission has killed 225 whitetail deer and six elk near the Buffalo National River in an attempt to determine the prevalence of chronic wasting disease in the state.

Late this afternoon, the AGFC announced via Facebook that it has confirmed the third case of CWD, the second among deer. The statement reads:

The AGFC took tissue samples from the 4½-year-old female deer, which was found dead on March 2. The Wisconsin Veterinary Diagnostic Laboratory in Madison confirmed the test late Monday. Earlier this month, another deer was found dead in Ponca. That deer also tested positive for CWD. The two deer are in addition to an elk killed during a hunt near Pruitt. All three locations are in northern Newton County near the Buffalo River. …”The test area will expand as positive (CWD) tests warrant,” said Cory Gray, AGFC deer program coordinator.

The cull is in response to the state’s first confirmed case of CWD in February of this year. According to the Baxter Bulletin, shooters, supported by spotters riding overhead in helicopters, are targeting animals on 120,000 acres between the towns of Paxton and Pruitt, in northwest Arkansas. The AGFC’s goal is to have 300 deer samples taken within five miles of where the first animal with CWD was killed. Cory Gray with the AGFC said that 300 deer will provide a large enough sample size to determine how far the disease may have spread and stated that the culls will continue until the sample goal is met.

Sick deer or elk can be reported to the AGFC by calling (800) 482-9262. Buffalo National River officials urge visitors to wear blaze orange because of the popularity of the areas where the culls are taking place.