I’m an adult, and the thought of reeling in a 600-pound sturgeon is exhausting, but that’s exactly what New Jersey... 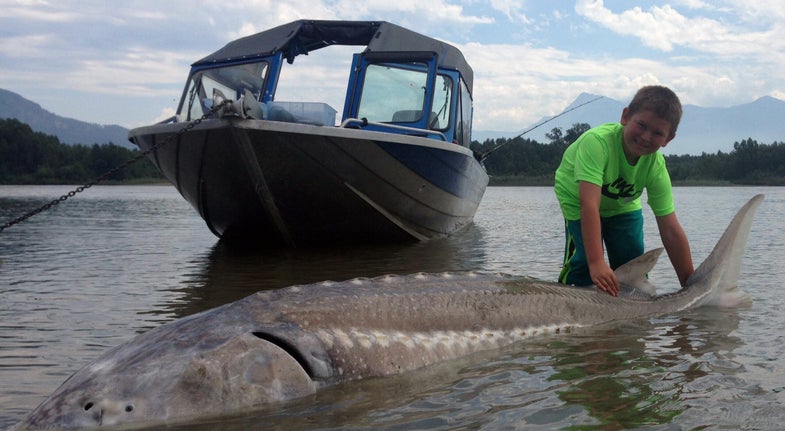 I’m an adult, and the thought of reeling in a 600-pound sturgeon is exhausting, but that’s exactly what New Jersey native Kegan Rothman did last month in British Columbia after a two-hour battle, and he’s only 9 years old.

ABC News reports Rothman was fishing on the Fraser River near the town of Chilliwack with his father and Great River Fishing Adventures guide Ben Trainer on June 29 when he hooked a great white sturgeon, one of the largest freshwater fish in North America, during their first day on the water.

“It is the most excitement I’ve ever had with a fish,” Rothman says. “It was so hard to hold onto the rod. I thought the fish was going to pull me into the water.”

At just 4 feet tall, Rothman was certainly outsized by the fish, which Trainer estimated was 10-feet long, but that didn’t stop him from landing it. On shore, Trainer filmed Rothman releasing the fish and the boy’s excitement, combined with the huge size differential between him and the fish, has become viral-video fodder.

“I’ve been a professional fishing guide on the Fraser [River] for 11 years and have fished these rivers my whole life,” Trainer says. “This is one of the largest fish I have helped a client catch.”

Based on measurements and his knowledge of sturgeon, Trainer says the fish likely weighed around 600 pounds and was approximately 75 years old.