A Bump in Turkey Poult Production Shows Promise in Missouri

Prospects are bright for turkey hunters in Missouri: Results of an annual wild turkey brood survey show that poult production... 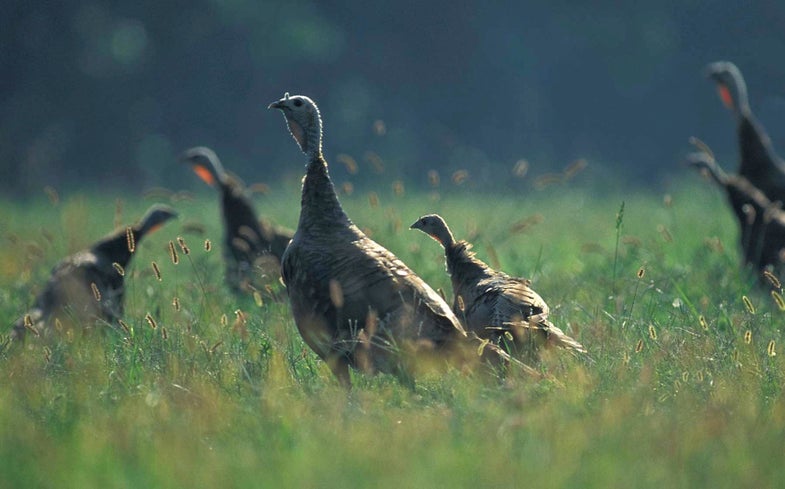 Prospects are bright for turkey hunters in Missouri: Results of an annual wild turkey brood survey show that poult production has increased for the third year in a row and that gobblers should be abundant in the 2016 season, when this year’s brood will fully mature.

Research scientist Jason Isabelle, who led the Missouri Conservation Department’s survey, used observations from volunteers in the field to find the ratio of poults to hens and to calculate nest success and poult survival. This year’s statewide ratio of 1.7 marks a significant upturn in the turkey population—21 percent greater than the state average of the last five years and a huge improvement from the scarce period from 2007 to 2010, during which the statewide poult-to-hen ratio ranged between 1.0 and 1.2.

“Although this year’s hatch won’t have too much of an effect on next year’s spring harvest, it will result in an abundance of 2-year-old gobblers during the 2016 season,” Isabelle says. “Couple that with carry-over from previous years of improved production, and Missouri hunters have quite a bit to be excited about right now.”