Photo courtesy of Public Affairs Office Fort Wainwright/Flickr Wildfires are ripping across Alaska. The Washington Post reports that wildfires have... 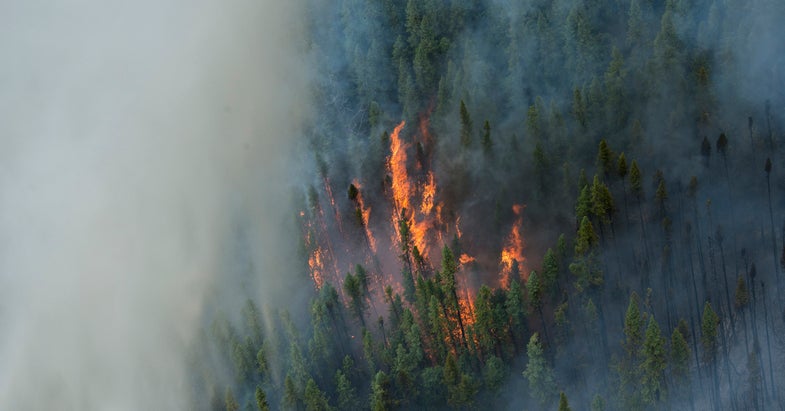 Wildfires are ripping across Alaska. The Washington Post reports that wildfires have destroyed more than 4,447,000 acres of land in the state so far this year. This wildfire season is already the sixth worst on record, with a good portion of the season remaining.

The burn rate in 2015 boasts a two week lead on 2004, a year that resulted in a record total of 6,590,140 acres burned. The immense difficulty of managing these fires, as well as the significant amounts of carbon dioxide and methane released into the atmosphere, warrant major concern.

Likewise, Canada is following suit, with wildfire activity far above the season average. In all, more than 11.6 million acres of Alaska and Canada have burned in the past few months, a number that’s hard to ignore.