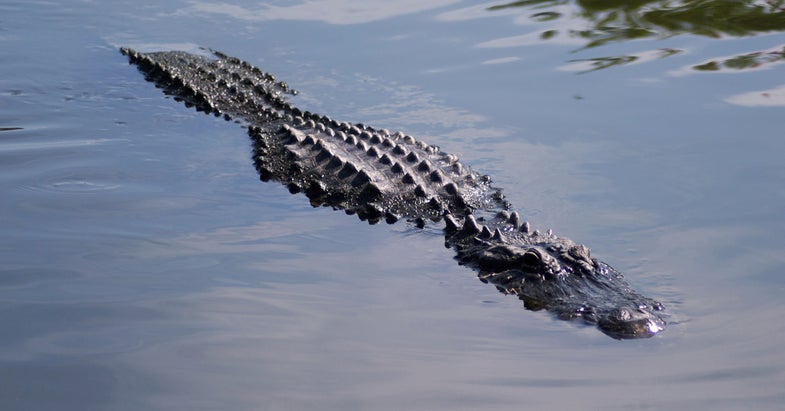 Late last week, Rachael D. Lilienthal, 37, was swimming in the Wekiva River, north of Orlando, Florida, when an 8-to-10-foot-long alligator attacked her, biting her at least twice and tearing off her arm from above the elbow. As the Orlando Sentinel reports, upon realizing what was happening, a nearby kayaker came to ​Lilienthal’s rescue, beating the alligator with a paddle until it released her.

Canoeist Jacob Frick, who witnessed the attack, told the _Orlando Sentinel:_ “We see the jaws just chomp down on her arm, and it starts spinning around, pulls her underwater, goes back up. She’s just screaming.”

One onlooker later told reporters that the fray was so violent that she was afraid that the alligator might tip her canoe.

After the alligator retreated, canoeists and kayakers in the area helped Lilienthal to shore and called 911. Lilienthal was hospitalized, but her condition remains unknown, as she’s asking for privacy following the attack.

WTSP-TV reports that Florida officials caught and killed the alligator the following day, and that its meat was harvested. Authorities did not specify, though, where or how the alligator’s meat will be served.