What do you do with a 17.1-pound sheepshead after it has been weighed, verified, and all but acknowledged as the... 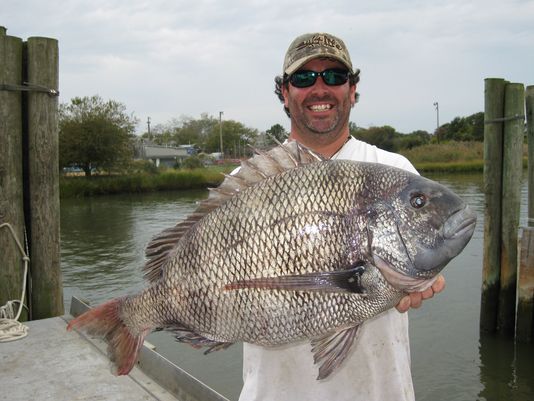 What do you do with a 17.1-pound sheepshead after it has been weighed, verified, and all but acknowledged as the new Delaware state record? Well, if you’re David Walker of Boothwyn, Pa., you take it home and eat it.

The News Journal says Walker was fishing with his nephew and a friend on September 29 when he caught the fish at around 9:30 a.m. The three men didn’t quit fishing until nearly 4 p.m., when Lewes Harbour Marina owner Joe Morris weighed Walker’s catch and said it was a record-breaker. Fish & Wildlife officer Joshua Hudson later confirmed the feat; the sheepshead broke the previous 15.11-pound record set in 2012.

Walker’s sheepshead weighed 17.1 pounds, was 28 inches long, and had a girth of 24 inches. “I didn’t actually know it was going to be [a record], but I knew it was big enough and close enough to be a state record,” said Walker, who has worked on charter boats and tries to fish three days a week. He gave some of the fish to Morris and enjoyed the rest himself after baking it in the oven. “I’m going to try for another record,” he said. “It was an excellent experience.”