Eastern South Dakota’s Horseshoe Lake may not be big in size, but it’s become a big producer of jumbo smallmouth... 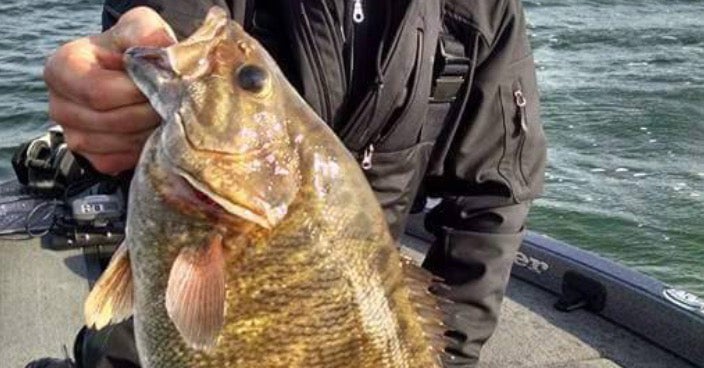 Eastern South Dakota’s Horseshoe Lake may not be big in size, but it’s become a big producer of jumbo smallmouth bass, as angler Lyal Held can attest. Last week, South Dakota Game, Fish, and Parks verified Held’s 7-pound, 3-ounce smallmouth bass that he caught there on April 23, as a new state record.

Held’s fish, caught with an Alabama-rigged jig and swimbait, was 19.5 inches long and had a 19-inch girth. “I’ve never seen anything so fat,” Held told Northland Outdoors. “It was so fat its eyes were bulging. It was a freak.”

The previous state record, which weighed 7 pounds, was caught in Horseshoe Lake in 2013, and Held knew that the lake had the potential to produce another state record. He was fishing that morning with his friend Casey Ehlert. The two had scouted and fished the lake hard in recent years—but “for it to happen is surreal,” Held said, during an interview with 970 WDAY Radio. “The emotion is unreal. I can’t think about it without getting choked up. It’s pretty wild.”

Though Held wanted the state record, he also wanted to release the fish. According to Northland Outdoors, he used a large Rubbermaid container to transport his catch between the lake and a certified scale. “It was a pretty cool experience, especially to see it swim away,” Held said. “It was three years of preparation. We’ve been working on this lake for three years and the stars aligned today.”