An Ohio teen fishing in Shelby Reservoir No. 3 last Wednesday thought he had another catfish on the end of... 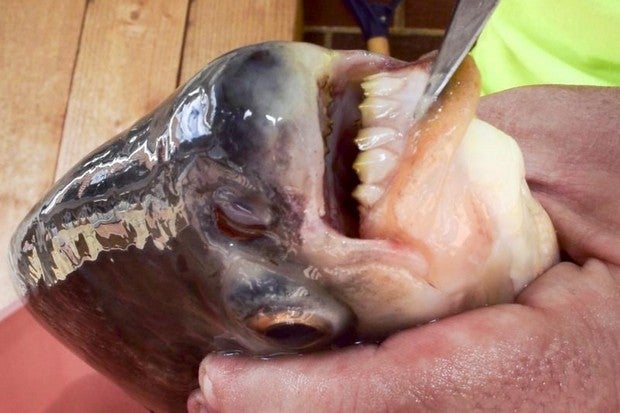 An Ohio teen fishing in Shelby Reservoir No. 3 last Wednesday thought he had another catfish on the end of his line, but when he saw the fish’s sharp, jagged teeth, he realized he didn’t have a catfish at all — let alone a fish native to Ohio.

According to the Mansfield News Journal, Browning actually caught a 7-pound, 16-inch long pacu, a cousin to the infamous piranha. He said he was simply killing some time on the reservoir and had already caught seven small catfish when he hooked the pacu.

“It kept hitting my rod and it stripped the bait away,” Browning said. “I rebaited my hook and threw it right where I was getting the hits. It was fighting me hard.”

Browning said he doesn’t know what he’ll do with his catch aside from showing it off to friends. While it’s not the largest fish he’s ever caught, it’s certainly the most unusual.

“It’s usually just catfish, so this was a real big surprise,” he said. “You can’t top catching that. That’s your day, right there.”