Arizona Dept. of Transportation Has Fun with Traffic-Cam Shot of ‘Bigfoot Family’

On New Year’s Day, the Arizona Department of Transportation pulled something of an April Fools’ Day prank, when they posted... 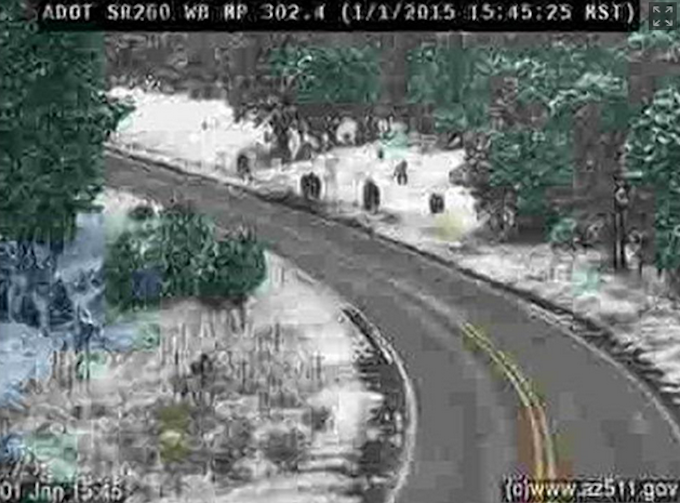 On New Year’s Day, the Arizona Department of Transportation pulled something of an April Fools’ Day prank, when they posted a grainy traffic-camera image to their Facebook page and suggested it may show a family of six sasquatches crossing a road in Heber, Arizona. In a New York Daily News story, department spokesman Tim Tait said, “People don’t expect government to have a sense of humor, and we definitely have one.”

Unfortunately, many of the 1,300 commenters—who rail against the dubious authenticity of the photo—do not. It is unclear what the dark images in the photo actually are, but commenters suggested trees, stumps, people in dark clothing, or, more unlikely, that the Illuminati was behind the whole thing. More than 4,600 people have shared the post with friends.