Photograph courtesy of BLM/Flickr A member of a Vancouver Island tribe faces charges of illegally killing elk on aboriginal land... 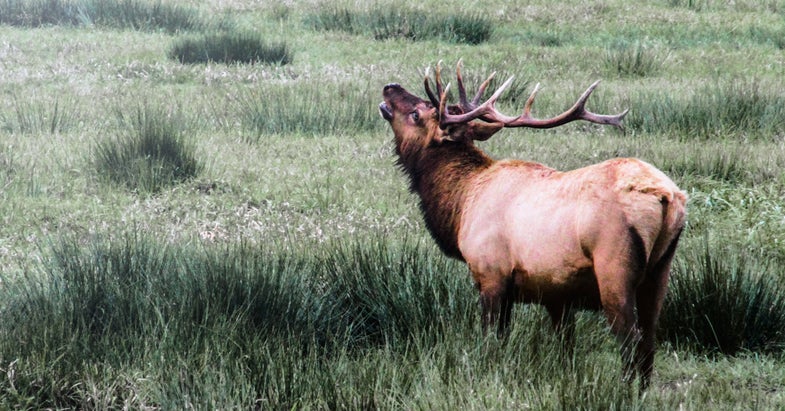 A member of a Vancouver Island tribe faces charges of illegally killing elk on aboriginal land outside hunting season. The elk is one of almost two dozen poached out of season in the area since 2013.

Timothy Jack, the accused poacher, is a member of the Ucluelet First Nation, and his arrest comes amid a concerted effort by the communities that comprise the British Columbia tribe to curb elk poaching in the region. According to The Globe and Mail, court documents list Jack as charged with one count of hunting elk outside of season and one count of possessing dead wildlife without a permit.

Vancouver Island’s Roosevelt elk are North America’s largest elk subspecies, hunting tags for which are issued by lottery. Elk hunting wasn’t allowed this year, though, as the herd wasn’t at a huntable level, a possible effect of poaching.

“Unregulated harvest and natural mortality have brought the population to a level where a harvestable surplus no longer exists,” says Sharon Dean, with the British Columbia Ministry of Forests, Lands, and Natural Resource Operations. “The hunt will remain closed until the population improves.”

In 2013, poachers killed 11 elk in the same area of Vancouver Island, and in January six were slaughtered in a “disturbing” manner, as The Global and Mail reports:

Abandoned carcasses have been found in varied states, some with hind or front quarters missing and others left whole, but with no indication of who committed the crimes… Investigators speculate some carcasses may have been left behind with meat still on their bones after poachers fled before finishing a job or because [they] were after only a particular part of the animal.

Jack is scheduled to appear in court September 2.