This month Joel Anderson and his son, Nathan, released a large-format book titled _59 Illustrated National Park_s, in celebration of... 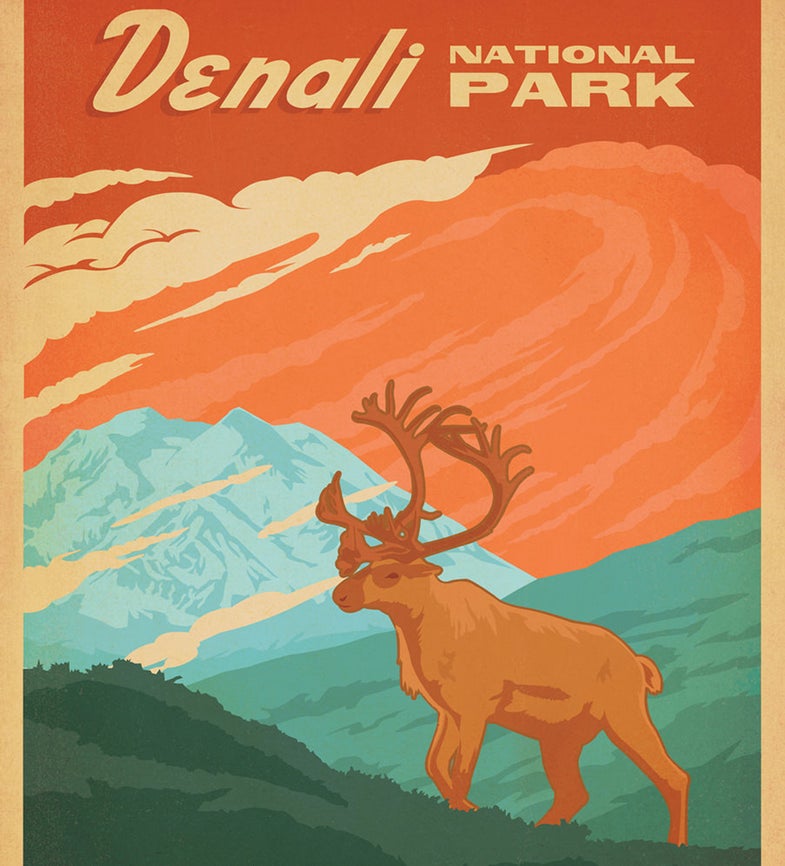 This month Joel Anderson and his son, Nathan, released a large-format book titled _59 Illustrated National Park_s, in celebration of the National Parks Service’s 100th birthday next year. The book’s paintings and illustrations, done by Joel, reimagine and offer a contemporary take on the Work Projects Administration (WPA) posters produced between 1936 and 1943. Alongside the artwork, Nathan chronicles the evolution of the Parks Service, and offers travel tips, statistics, stories, and historical overviews for each protected area.

An advertising project spurred by Roosevelt’s New Deal, the WPA deco-style posters promoted tourism to wild, less tampered-with regions of the U.S. Joel’s illustrations are reflective of this American yesteryear. But their message remains unchanged: explore this country. It is enormous, beautiful, and wild. Ultimately, 59 Illustrated National Parks is a stirring reminder that if one grows weary of commercialization, globalization, or just plain population overload, this country still contains astonishing deserts, mountain ranges, rock formations, water, and wildlife.

Below are eight illustrations from the book. You can purchase a copy here.