The Australian government recently announced an ambitious plan to save several endangered species, including the numbat and the mala, by... 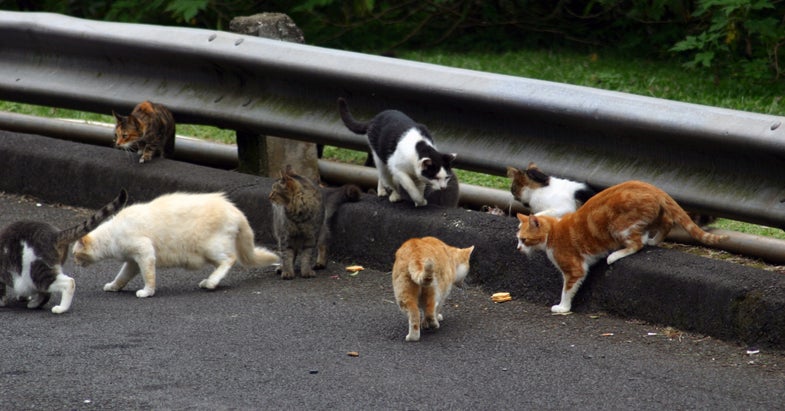 The Australian government recently announced an ambitious plan to save several endangered species, including the numbat and the mala, by killing 2 million feral cats over the next five years. Since Europeans brought cats to Australia, they’ve played a part in the extinction of 28 mammal species, as Gregory Andrews, of the Threatened Species Commission, told a local radio station. The cats will be killed humanely, and officials will set up fenced, cat-free enclosures around the country so other species can prosper.

The Guardian reports that all Australians states and territories agreed to list cats as pests, so, legally, the felines can be shot, baited, and poisoned. Australia has an estimated 20 million feral cats, and, since its settlement, it has lost more mammalian species to extinction than any other continent. Cats threaten several bird and plant species, as well. “We are drawing a line in the sand today, which says ‘on our watch, in our time, no more species extinction,'” Environment Minister Greg Hunt said. “It’s tough, it’s a challenge, and we can do better.”

“It’s very important to emphasis that we don’t hate cats,” Andrews said. “We just can’t tolerate the damage that they’re doing anymore to our wildlife.” Likewise, he said that cat owners need to do their part, as well: “What I am calling on all Australians to do is be responsible pet owners . . . We will be asking state and territory ministers to take ambitious moves on to regulate cat ownership, cat containment, desexing, and micro-chipping to reduce the relationship or the infection of the domestic cat population into the feral cat population.”