An Australian angler fishing the Perth River likely received the scare of his life when he recently pulled up a... 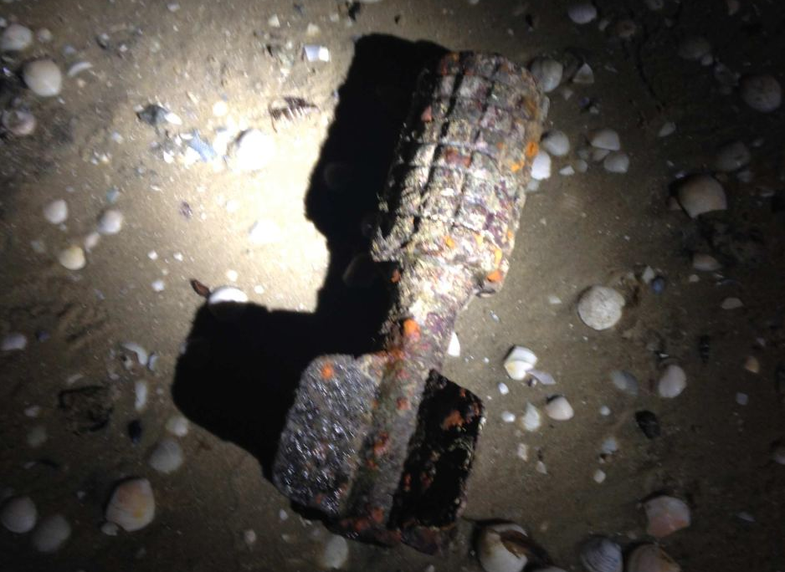 An Australian angler fishing the Perth River likely received the scare of his life when he recently pulled up a 12-inch long, undetonated World War I German grenade.

A story from ABC News in Australia says experts cordoned off the Applecross jetty where the man was fishing until they were able to deem the area safe. Bomb squad and Navy experts were able to determine it was a 1915 German Wurfgranate, often affectionately referred to as a pineapple bomb, and that it contained no fuse and was no threat to the public.

Barry Lathwell, a spokesperson from the country’s Army Museum’s Arms and Armour society, isn’t sure how the grenade ended up in the river, but is tossing around the idea that maybe it was a souvenir tossed overboard by a returning Australian soldier.

“I would doubt that there are many of those that would have been brought back. They are not very common at all,” Lathwell said. “It would have been a bring-back by one of our soldiers after World War I and then he most probably got cold feet and threw it off the jetty I would suggest. If they are still alive, they are very dangerous. It would have to be deactivated or destroyed by the army.”

Australian War Memorial WWI gallery curator Nick Fletcher echoed Lathwell’s conclusion, and added that the grenade style was not particularly common in the first place since it was mainly a trench-warfare weapon, but introduced as trench-warfare was becoming less common.

“They were quite a deadly weapon and they didn’t make a lot of noise, you didn’t hear a big bang as they were fired from the German lines. In fact the Allied troops sometimes referred to them as doves because of the sound they made. The tail fins as they rotated made a sort of rustling noise like the wings of a bird, so they weren’t a noisy weapon but quite lethal if you happened to be in the wrong place.”