Australian Poachers Are Cutting Off Deer Heads to Pay for Drugs

Earlier this month, police in the Gippsland region of Australia announced they are trying to take down a poaching ring... 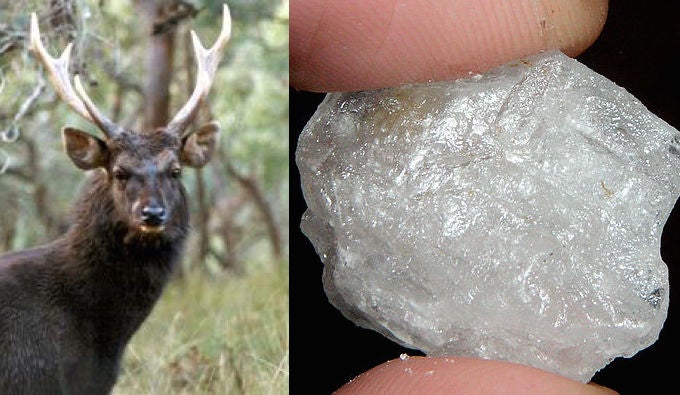 Earlier this month, police in the Gippsland region of Australia announced they are trying to take down a poaching ring that is selling the heads of illegally harvested deer to fund illicit drug activities.

A story from the Daily Mail UK says that the heads of Sambar—the largest of Australia’s wild deer, which look like small elk—can net up to $300 each, and the poachers are either selling the prized antlers and using the cash to buy drugs or trading the heads outright for substances. The activity has also been linked to an organized group funding methamphetamine production.

Police began investigating the deer-drug trade after farmers in the area began hearing gunshots at night and finding piles of headless, rotting deer. Detective Sergeant Shannon Murphy says the gang uses lookouts and encrypted two-way radios to stake out animals and avoid capture. Six people have been charged with illegal hunting crimes, so far, though law enforcement is working with local farmers to install cameras so the investigation can continue.

Col Brumbley, Victorian State President of the Australian Deer Association (ADA), said he’s never heard of anything like this before and that the poachers’ behavior reflects poorly on all deer hunters. “The whole thing is deplorable,” Brumbley said. “The minority of people who want to behave badly should have the full force of the law come down on them. Everyone from the [ADA] organization would have an issue with this. Farmers might have a poacher come in and accidentally shoot stock at night instead of deer, which gives us a bad reputation.”