Photograph via Busch Wildlife Sanctuary/Facebook Though animals are often taken to wildlife sanctuaries and refuges, the opposite seldom occurs. However,... 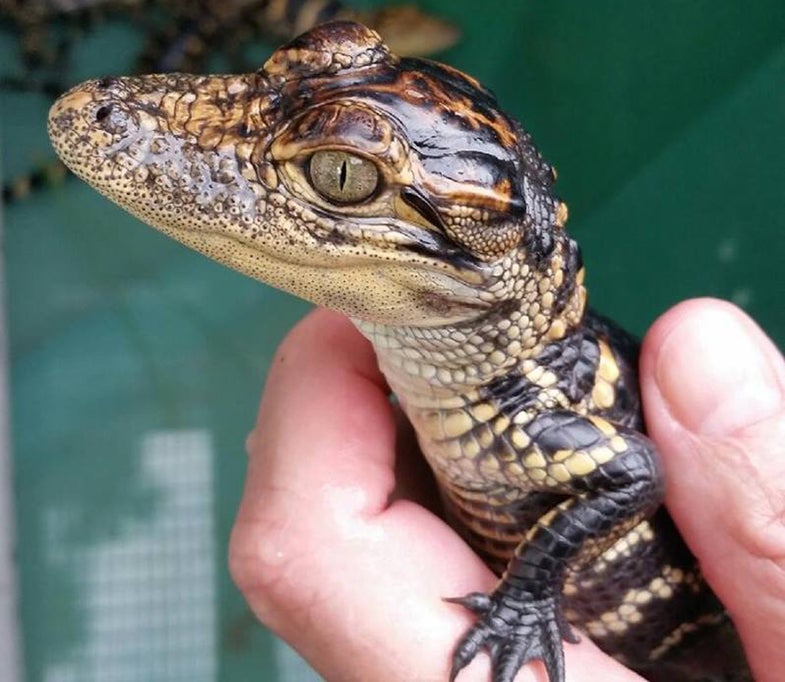 Though animals are often taken to wildlife sanctuaries and refuges, the opposite seldom occurs. However, a bizarre set of wildlife kidnappings took place at the Busch Wildlife Sanctuary last week, resulting in four missing turtles and a missing baby alligator. In both instances, small portions of the animals’ metal enclosures were opened with heavy-duty wire cutters, and WPTV reports that four out of the five animals belonged to protected species.

The first theft took place last Friday, when three gopher tortoises and a box turtle disappeared. Two days later, a baby alligator was stolen in nearly the exact same fashion. The thief somehow managed to carry out the acts during normal business hours, but, fortunately, the property has video surveillance, which helped staff identify a suspect.

Since the story broke on Wednesday, the turtles and the alligator have been recovered by authorities—but details on how remain scant. Without much information, one can only guess at a motive or what the thief planned to do with the animals. Charges are pending but no arrests have been made.