A black bear caused $15,000 in damage to a Colorado couple’s car early this month in Douglas County, after it... 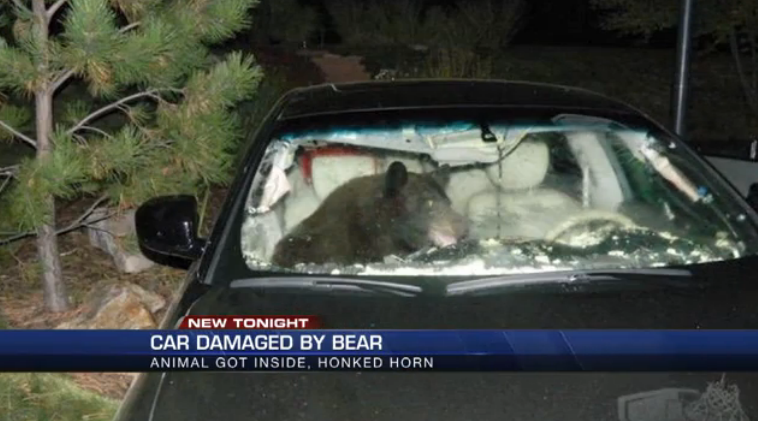 A black bear caused $15,000 in damage to a Colorado couple’s car early this month in Douglas County, after it smelled the dinner leftovers they’d forgotten in their vehicle overnight. The bear climbed inside, but couldn’t find its way back out without the help of local wildlife officers.

A story from FOX affiliate KDVR says the car’s horn woke the couple at around 3 a.m., and they called 911, thinking that a thief was stealing their vehicle. Upon investigation, they realized it was actually a black bear behind the wheel.

“Our bears are really smart,” said Jennifer Churchill, a public information officer for Colorado Parks and Wildlife. “If the door’s not locked and it’s one of those lift-latch doors they can get in there.” Churchill also said bears accidentally trap themselves inside cars more often than people realize. “A few years ago in Highlands Ranch, a bear got into a car, flipped the emergency break and rolled all the way down a hill in the car. It was still locked in when our officer came to get it out.”

Wildlife officers in both cases were able to simply open the door to release the bears, but it’s a reminder to residents in wildlife-dense areas to lock car windows and doors. “It’s important to keep in mind that this is the time of year,” Churchill said. “Hyperphagia is when the bears need to eat like 10,000 calories a day, in order to pack on pounds to get through their hibernation.”