In a public meeting last week, animal-rights groups blasted a proposal by the New Mexico Department of Game & Fish... 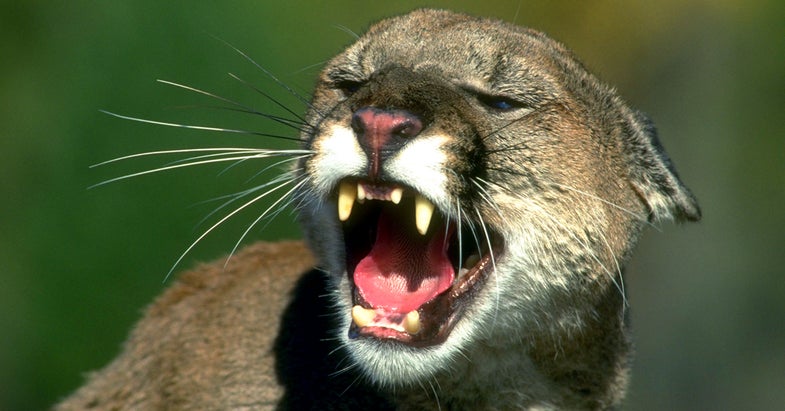 In a public meeting last week, animal-rights groups blasted a proposal by the New Mexico Department of Game & Fish (NMDGF) to expand bear-hunting opportunities and loosen regulations on mountain lion trapping in the state. Likewise, those opposed to the plan are calling for greater transparency in the way the agency handles wildlife data.

A story in the Santa Fe New Mexican notes that the majority of the public comment heard by the NMDGF panel was against the proposed measure, which would open more areas to bear hunting and allow private landowners to use foot snares and traps without a permit to capture cougars.

Though some hunters and private ranchers support the state’s proposal, other residents, such as Phil Carter, of Animal Protection of New Mexico, said his organization doesn’t believe that the NMDGF has based its cougar quotas on concrete data. He claims that by not requiring permits the state will lose its main method for tracking the number of animals harvested.

“(We) find it very distressing that the bar for scientific accountability seems to be lowered even further from where it was in 2010, the last time the bear and cougar rule was up for review,” Carter said.

Animal-rights groups argue that data used to set quotas in past years wasn’t peer-reviewed or published, so there was no way to justify the state’s cougar-quota increase from 490 to 1,100, or why it’s down to the current quota of 750.

Up-to-date data on bear densities in New Mexico wasn’t available at the time of the meeting. However, the results of a recent three-year study should be available by the end of the month, pending the analysis of bear hair samples from mountain ranges across the state. The information should help department commissioners and biologists decide what changes, if any, they need to make to the proposal.

However, analyzing New Mexico’s mountain lion population isn’t as easy, as there are no accurate estimates of how many cougars currently roam the state. But, biologists are using GPS collars to study the animal’s habits and finding interesting trends, such as that some feed on ducks, carp, and javelina, not deer and elk. But again, the information doesn’t hint at the lion’s numbers.

At the hearing last week, NMDGF commissioners reportedly sat silently as they listened to comments over the course of the five-hour long meeting. The agency now has a chance to rework its proposal based on the public input, and it’ll finalize its plans by the end of July and submit them for a final vote on August 27th.